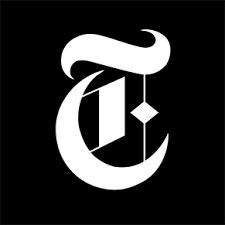 Advocates for justice overhaul said Mr. Trump should be praised for his interventions. “Some people are trying to bash Trump for letting people circumvent the process and go directly to the White House,” said Amy Ralston Povah, the founder of the Clemency for All Nonviolent Drug Offenders Foundation. “But the system is broken.”

While most of this week’s recipients had political ties, Mr. Trump’s defenders pointed to three women whose sentences he commuted without any notable political background. But even those three — Ms. Munoz, 40, Tynice Nichole Hall, 36, and Judith Negron, 48 — came to his attention because of someone he already knew, Alice Marie Johnson.

Mr. Trump commuted Ms. Johnson’s life sentence for a nonviolent drug conviction in 2018 after the reality television star Kim Kardashian West made a personal plea. Since then, Ms. Johnson has become his prison reform whisperer and appeared in a multimillion-dollar Super Bowl ad for his campaign.

During an October appearance at Benedict College, a historically black school in South Carolina, Mr. Trump told Ms. Johnson to give him the names of others who had been mistreated. Ms. Johnson then traveled to Washington to meet with prisoner advocates and they identified about 10 women for the White House.

Ms. Johnson served in prison with all three of those released this week by Mr. Trump. “They don’t have Kim Kardashian, but they have me to fight for them,” she said in an interview. She was especially close to Ms. Munoz. “Crystal was like my daughter in prison,” she said. “In fact, I called her my prison daughter.”

Ms. Negron, who was sentenced to 35 years for Medicare fraud, filed a clemency petition years ago but it “disappeared into the bowels of the government,” according to her lawyer, Bill Norris. She was stunned to learn that the president had suddenly ordered her freed. “I’m indebted to him,” she said on Wednesday. “He gave us our dream come true. He gave me back my family. He gave me back our home. Just a new life. The nightmare is over.”

Ms. Munoz, serving nearly two decades on a marijuana charge, said that she was called to the office of her case manager and counselor on Tuesday. “When I went into their office, they said, ‘Who do you know? Do you know some people?’” She did not understand at first. But the person she knew had secured her a commutation.