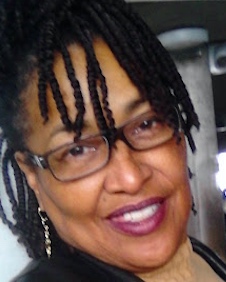 Cheryl Ward is a Californian native who was incarcerated in the Federal Bureau of Prisons for 17 years, 6 months, 13 days and 1 hour from the time of her arrest in August of 1995. Upon her release in February of 2013 she started serving her supervised release assignments. She was granted early release from Kentucky, in 2017 and will be released after serving her full 5 years from Tennessee, on November 27, 2018.

Since her release Cheryl has graduated from Clyde Terry’s, Emerging Leaders Program; worked in Accounts Payable at, “The Serving Spoon” restaurant; taken classes at the local community college; became involved in http://www.anewwayoflife.org/women-organizing-for-justice, where she won an internship to, “Susan Burton’s, A New Way of Life”; she gained employment as a Community Organizer at “A New Way of Life” and was employed there until she went on Family Medical Leave to care for her mother.

She has spoken at numerous venues around Los Angeles; participates in Susan Burton’s, http://testif-i.com/ and serves as a Volunteer for Clyde Terry’s, http://emergingleaders360.org

Cheryl is working on a Non-Profit which will provide services to formerly incarcerated women re-entering the community.