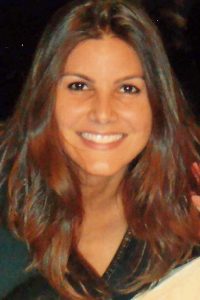 Name: Judith C. Negron #95719-004
Age: 48
Race: White (Hispanic)
Raised: Florida
Tried: Florida
Will Live: Florida
Charges: Initial Indictment: 1 Count of Conspiracy to Commit Health Care Fraud
Superceeding Indictment with 24 counts (Health Care Fraud, to Conspiracy to Defraud the Government, Receive & Pay Kickbacks, Structuring to Avoid Reporting Requirements and Money Laundering) = 215 years
Trial/plea: The plea deal was 25 years, I went to trial, found guilty of all counts.
Sentence: 35 years imprisonment, with an additional 3 years of probation
Sentenced on: August 23, 2011
Served: almost 9 years
Priors: First Offender
Prison Conduct: received a 200 series “shot” for a three-way call that my husband did with my sister when I first arrived to the detention center (less than 48 hours in FDC Miami) in August of 2011. I lost 6 months of phone priviledges and 27 days of good time, even thought I had not been given an A&O handbook or been sentenced yet. Tried fighting it through administrative remedies, but got shipped around transfers centers for over 3 months. Clear conduct since then, with many letters of recommendations from staff.
Clemency Status: Pending #C280227
Release Date: February 2, 2042 (with good conduct)
Institution:  Coleman Camp since December of 2016.
Accomplishments: Have completed almost 200 programs ranging from ACE, RPP, Vocational, Leisure, Wellness and Religious studies (currently enrolled in the Plumbing Apprenticeship with the Department of Labor). Tutored, praised danced and volunteered countless hours painting murals and decorations throughout the institutions I’ve been housed in. Have received several achievement awards as well as letters from staff recognizing my good conduct and work efforts.
Release Plan according to Judith: I will be returning back home to my husband of 27 years and my two amazing (now teen) sons who have been there for me no matter how far I have been sent. I will utilize my newly acquired plumbing skills to gain employment at my husband’s commercial pool construction business. I will continue to be involved in Alternatives to Violence Project (an international non-profit organization that dedicates their work to reducing prison violence – among other settings) of which I am currently the Inside Coordinator at Coleman-Camp. I will continue to implement my artistic talent as a tool to assist children of incarcerated parents in exploring better forms of expression when dealing with the stigma brought about by their parent’s mistakes. I will repay my family and friends, especially my parents and sister, with endless words of gratitude and forever be in their debt for the unconditional love and support they have provided me through this difficult journey. Finally, I will be able to offer reparations to society by paying restitution for my actions and once again become an honest contributing member of society. (see below for more info) 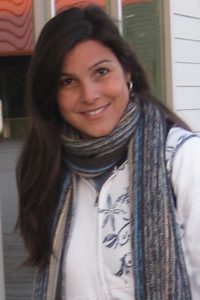 I am a first time, non-violent, Hispanic, white collar convicted felon (Negron vs. USA, District 11 – 2010). After I was found guilty ( I went to trial in 2011), I received what my attorney called a draconian sentence (35 years, with 5 probation).

I was a minority owner (30%) of a management company (Medlink) for health care services, that contracted with a company (ATC) with eight Community Mental Health Centers throughout South and Central Florida, which billed Medicare for their Partial Hospitalization Program (one of their core services). As per my contract with ATC, I was to cover their daily operations to include staffing needs of over 300 employees, coordination of treatment of about 600 – 800 patients daily: as well as quality assurance with our regulatory entities such as OSHA, JCAHO, AHCA, CMS, Dept of Labor, etc. for a management fee. Medlink did not bill Medicare, the billing was outsourced by ATC to a private billing company that was not implicated in the indictments. The financial accounts were handled by an in-house CPA that was not charged with any wrong doing. While the kickbacks were done by the marketing team hired by my partner (70% owner), I never made such agreements, nor did I ever pay any ATC patients to receive services. However, because the government found that kickbacks were being paid to bring patients into the centers, as an owner of the organization I was held equally responsible, and therefore, the government’s allegations of my involvement was accepted by the jury, which found me guilty of all 24 counts. I was charged for the billing done by all eight centers for a span of almost 10 years, because since the patients were coming in illegally, everything that followed was as will. The amount charged was over $200 Million (the intended loss), yielding a base offense level of 28, which carries a sentence of 78-97 months. The amount of my restitution (shared equally by all 3 co-defendants) is over $87 Million (the actual loss), yielding a base offense level of 24, which carries a sentence of 51-63 months. I would be done with either sentences, if it were not for the stacking of 20 additional enhancement levels that put me in the category of LIFE – the PSR was computated at 48(43).

Executive clemency exists to “afford relief from undo harshness.” A 35-year sentence for a first-time, non-violent, white-collar offender is not only harsh, but unwarranted, and greater than necessary to deter me from engaging in the same future acts. This puts me in the unique position as one of the highest sentenced females in history for this type of offense.
I have spent every day of my incarceration, not only restoring and renewing myself continuously, so that this wont happen again, but also empowering others to do the same. I have worked hard to earn the right to be trusted again. I want to be given an opportunity to pay my dept to society when I can still have something to offer. I feel that I deserve that second chance.

Release plan continued: My parents and my sister and her family are also very supportive. In fact, I am blessed with a very large and close knit family, comprised of many aunts, uncles, cousins, in-laws, nephews, friends and neighbors that have supported me throughout this horrendous experience with their continued communications through mail, emails, video chats, phone contact and most importantly regular visits.