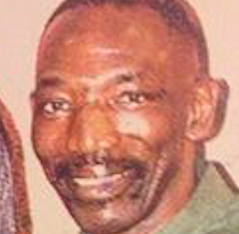 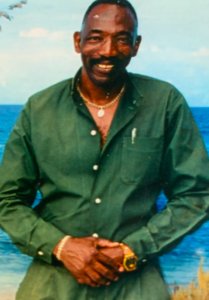 Rufus Rochell is a father, grandfather, faithful, articulate, with an exemplary record of achievement in prison. Rufus has never tested positive for drugs or been disciplined since he has been in Federal custody.  That is no easy feat.

I have strong family support even thought both my parents died while I’ve been behind bars. I have one lovely daughter, Antoinette, who was born while I was in custody, so we have never been together in a free environment.  Upon my release, I already have a job offer at the museum and curator of artifacts and unique art pieces from around the world in Plant City, Florida.  All I need is a second chance and I’m ready to step into my new productive life as a happy citizen, ready to live life to its fullest every minute of every day.  I have two grandkids, my daughter, five brothers and one sister, plus a host of other relatives awaiting to assist me with support in other areas needed upon my release. Therefore, I pray my clemency is granted and I know I will be a positive and productive citizen as well as an inspiration to others who might walk my path but won’t if I get one hour of their attention.  You can’t crave chocolate if you have never tasted it.  Well, until you lose your freedom, you will never value it.  I yearn with every fiber of my being to set foot outside of prison so I can prove to my family, society and President Trump, that I do have value and I will make everyone proud of me – especially the President of the United States if he considers me worthy of his mercy.

One of Rufus’s many articles:

Being where I am today, prison decided to touch bases with our children and families. My name is Rufus Rochell, and I previously wrote this article and forwarded it to many of our newspapers. My article was something that many families could relate to, especially the family whose son, daughter, or parent was killed by the so-called bad guy who is highly infatuated by guns. Do you realize your anger and/or criminal behavior often leads to serious consequences on both sides, meaning the families? It hurts me being where I am and watching daily news, often seeing where some young son or daughter was shot and killed, senselessly by a gun. We need to stop with these guns. It’s time to stop acting like villains in the community in which our children should be free to play and the youngsters believe it’s their turf.  This must stop!

God knows, it is far to many of our children and babies are dying innocently and never had a chance to reach their potential in life, especially when killed by a high-powered weapon. Many of these kids are shot and killed, while playing in their community, at their parks and in front of their front door at the family home.

With all being stated, a great many kids were shot and killed by “stray bullets”. Let’s put you in that mother’s place that happens to step out of their house informing their little son or daughter to come in the house! And once she steps out, the mother sees her 6-year old lying in a “pool of blood”, with their eyes open dead shot in the head from a stray bullet. “This mother screams out in tears and shock!” When her neighbor runs out of their house to this mother’s scream and instantly sees the mom holding her child in her warm arms. Then the mother right away looks up and sees her neighbors staring at her with tears in their eyes, along with the youngster’s mother, who in turn screams aloud “my innocent baby is dead”.

This poor mother has three other siblings, who happen to be in school at the time of the shooting. Sadly, this mother has to tell the remaining kids that their little brother, or sister, will no longer be with us because they were shot by a “stray bullet”, while playing outside in the yard.

It’s my duty as a parent to tell you that you not only violated man’s law, but overall you have violated God’s law when you took the life of this innocent kid’s life. Yes, I’m writing you from behind bars in Federal Prison, where I have been for quite some time now. How does 30 years sound?

That’s exactly how long I have been incarcerated, and more important, my crime in which I was charged and convicted for that landed me in prison, was conspiracy with intent to distribute fifty grams or more of crack, possession with intent to distribute 50 grams or more of crack, along with obstruction of justice. Although indictment charged me with 50 grams or more and the jurors came back with their verdicts, guilty of only 50 grams on both drug counts. My Federal Judge decided to ignore his instructions of 50 grams or more, he read to the jurors they could find me guilty of, he further chose not to hold me accountable for the amount the Juror found. Rufus Rochell guilty for that was agreed upon the 12 jurors, which was 50 grams, U.S. Judge Maurice Paul on Oct. 20, 1988 sentenced this gentleman and held him responsible for 24 kilos of crack cocaine, unbelievable, being 100 to 1 times more severe than powder cocaine punishment even though Rufus was never caught, nor in possession of a single grain of drugs, where is justice? I can tell each of you especially being in prison longer than some serial killers, 30 years, prison is no bed of roses, and I from the heart feel each parent’s pain, as mentioned in this article. I couldn’t resist from writing this article to you parents that have lost a son or daughter or loved one in general involving senseless murders. Furthermore, I want to let you know that I personally feel your pain, I’m dedicated to fighting for you parents. We have got to make an all out effort to get these weapons out of the so-called “real criminals'” hands before someone else’s son or daughter or parent is killed and who knows, it just might be yours.

I and countless other men behind bars are getting sick and tired of ones mentioned, roaming the communities and hurting or killing our youth and innocent people. Above all else, it must be stated your ignorance and stupidity has created a “stone wall”, with razor wire at the very top of this wall. Furthermore, it has made it extremely difficult for non-violent incarcerated inmates like myself to get out, because it makes the public perception that all of us have the same agenda.

I think it’s extremely important to realize we all are obligated to protect our youth and let them know we love and appreciate them for being a part of us. I guess you the reader, question my stance and motive for writing this article. Especially when you consider the fact of being incarcerated in Federal Prison, three decades, 30 years day for day to be exact, for a so-called crime totally unrelated to crimes of this magnitude. My alleged crime was non-violent and victimless crime. Yet and still, our so-called lawmakers throughout the year of the 80’s busy targeting ones like myself, but over the years had instituted laws to protect those individuals that does harm to our children, what a shame. To learn more about the writer Mr. Rufus Rochell #08628-017, held in Federal Prison for the past 30 years,