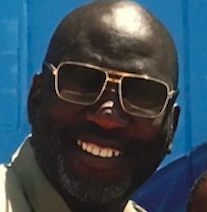 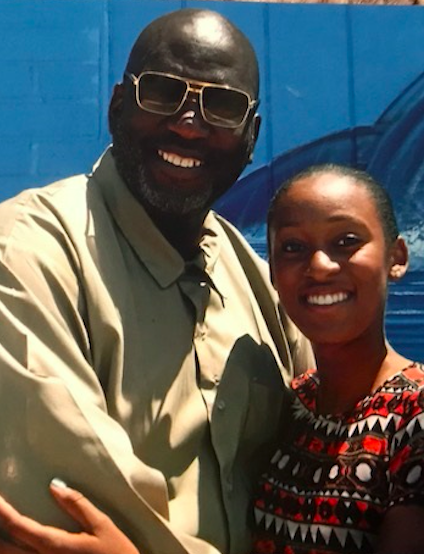 Convictions:
(1) Disposition: Convicted of PC 12015(b), Carrying Weapon, sentenced to 12 months probation and 90 days in jail.
(2) Disposition: Convicted of misdemeanor, sentenced to 3 days in jail.
(3) Changes dismissed
(4) Sentenced to 25-to-life term. Served over two decades (23 years); ordered to be released on parole in 2009 after the victim recanted for the 3rd time. Release on parole resulted in transfer in 2011 to federal custody on the case which I am incarcerated now. State parole completed in 2012.
Prison conduct: No Incidents; disciplinary free for 30-years of incarceration, (See BOP Program Review-to date).
Clemency status: Filed a Petition for Commutation of Sentence on October 18. 2016. The Obama Administration took no action  for relief. On August 11/2017  case was closed per Unit Case Manager-Jimi M. Hernandez– Case No. C260106 due to Motion for Reduction of Sentence. The Motion for Reduction was denied March 27, 2018.  I filed a Notice of Appeal April 9, 2018.  Due to the President’s call for people who believe that they have been dealt with unfairly, to submit a request for relief, I have revised my commutation request addressed to President Trump for review.
Release date: 10/27/2028
Institution:
FCI Lompoc
Federal Correctional Institution (low)
3600 Guard Road
Lompoc, Ca. 93436 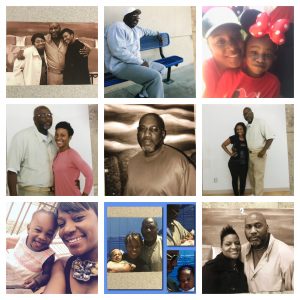 When I was a kid, I was classically trained by my next-door neighbor, Mrs. Payne, as a pianist. In elementary school, I was active in various school productions. While in Junior High I acted in plays, joined the school band, and learned how to play various instruments, including the Trombone and Drums.  When I attended college, I was enrolled in numerous acting classes, improv, drama, you name it, I took it.  One of my first business ventures was a music studio called, “Jingle Factory,” a company that specialized in creating radio commercials for local businesses.

I was also mentored by Eric Monte on script writing. Monte was the creator and writer of the urban classic cult hit “Cooley High,” and the hit TV series, “Good Times.”  He had taken out time to help me write an urban film entitled: “Crenshaw Boulevard,” a story highlighting growing up in the urban community in Los Angeles in the ’80s.  During this time, I was negotiating a deal to manage the up and coming comedian Robin Harris (no relation). I met with Michael Shultz and his wife, and the directing team of the urban flick “Car Wash,” about directing my film. So, later an opportunity afforded me to get involved with a venture to help produce the play “Checkmates,” with Angel Gibbs. It was just about connecting the dots for me. While watching the TV and movie industry, I didn’t see a lot of my brothers and sisters in front of or behind the cameras.

However, I still believed in the dream, the day when African-Americans would share in an equal playing field. That’s where I came in, I wanted to be the one who would provide employment in the entertainment field to those who simply lacked an opportunity.  I brought the passion, skill-sets, and capital necessary to make it all come together. In the arts, African-American talent was ever present, and regardless of the artist genre, I was prepared to make it happen.

My interest in the theatre was sparked at the Inner City Cultural Center where I first encountered the play, “Checkmates,” In 1986/87. I was inspired to form,  “YNot Productions”. Under this company, I produced two plays, “Checkmates” and Stepping into Tomorrow, “co-written by Yolanda King and Attallah Shabazz, which featured performances by the daughters of Harry Belafonte, Martin Luther King, Malcolm X, and Sidney Poitier.  “Checkmates” opened at the Westwood Playhouse to critical acclaim and then toured the country with cast members Vanessa Williams, Denzel Washington, Rudy Dee, and Paul Winfield and other great stage performers.

My objective was to produce shows that entertained, invoked thought and depicted positive images, especially for people of color.  Under my production company, Y-Not Production, I partnered with the Nederlander Organization, which owned and operated 11 Broadway theatres in New York and operated the largest legitimate theatre chain in the world.  The reason for the name, “Y-Not Productions,” was because all the so-called experts kept telling me it couldn’t work, it couldn’t be done. I said simply “Y-Not” During the run of Checkmates,” at the Westwood Playhouse, I negotiated and purchased the film rights from the plays creator and writer Ron Milner.

Unfortunately, it was during this time, one of the high points of my life, that I was arrested and sent to prison; all the while “Checkmates” went on to premiere on Broadway. I was the first African American to ever finance and produce a Broadway play.

While at San Quentin I was trained in the art and style of journalistic writing by a team of top-notch retired professional newspaper journalists, who also assisted me along with a selected group of prisoners, to bring the “San Quentin News” out of a twenty-year hiatus. I served as editor-in-chief from 2008-2011, helping to make it the #1 prisoner-produced newspaper in the world. (www.sanquentinnews.com).

In addition to my work on the newspaper, throughout my prison experience, I have taken creative and screenwriting classes, and penned two short stories, “Nightmares and Daydreams,” and “Motherland 2035,” for the book series “Brothers in Pen.”

Steps I Have Taken to Live a Life of Conscience and Character in Prison:

Without a commutation of my sentence, life in prison for me is, quite simply, 40 years of my life. If I am to find self-worth and meaning in life, I must find it here. With that in mind, and to prove to myself and others that I can lead a meaningful existence even while in prison.  I have worked hard and in good faith to make something of myself — to have self-respect and earn the respect of others.