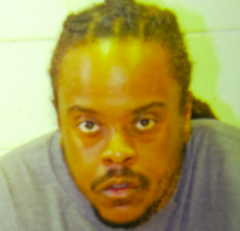 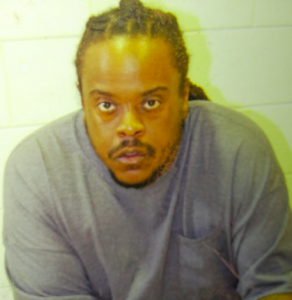 Can provide upon request: 2006 Affidavit from William McCorkle son of Nellie Griffin (only eye witness that testified) stating his mother did not see the actual shooting. They heard gun shots when they were in bed, and later went outside. He never saw Marcus Paige the  night of the shooting and claims his mother was coerced to incriminate Marcus and later threatened when she wanted to recant.

NFL Support letter: (will provide if contacted for privacy reasons)

According to Marcus  I believe int he justice system, but every now and then through some twist of fate an innocent person is incarcerated. I believe there are times when evidence can be misleading. Wrong becomes right and right become wrong. Today I write this without fear knowing that opposition greets me and some may try to block me from the blessing of President Trump’s grace but I pray that level heads will prevail.  I am unequivocally innocent of all charges. I had nothing to do with the crime nor was I even there. The only thing I am guilty of is living in the area and knowing the person who committed the crime, James Hill.

My lawyer has proven by actual and proffered testimony, beyond any applicable standard, that I am actually innocent of the crimes for which I was convicted. As put forth at the evidentiary hearing in this matter, I was not at the crime scene at the time that the shooting occurred. Witnesses Marcus Paige, James D. Hill (the assailant) Russell Wiseman, Sonyette Turner, Lola R. Lamb, William McCorkle, John J. Hickey, Marquette Johnson, Nichol Benbow, and

Stephanie Parker have all sworn as such. Logic dictates that an individual who was not present for a shooting could not have committed the shooting.

The court’s erroneous ruling may have been due to the fact that, also in error, it only permitted me Marcus Paige and James Hill to testify at the evidentiary hearing. Order, 9/25/09 (citing Minor v. United States. 647 A.2d 770 (D.C. 1994). Of course, such was a technically correct application of the law. However, I submit, that the witness testimony does not occur in a vacuum. For example, testimony from witness that she saw the Petitioner, I Marcus Paige, standing on a street corner at a particular time is relatively harmless and inconsequential due to me living around the corner. But when placed in the context of a crime having been committed at said location at the exact time when the Petitioner I Marcus Paige was observed in the location, suddenly the testimony becomes highly material and incriminating against me the defendant. Similarly, while testimony from the excluded witnesses may have already been considered and deemed of little value in this matter, such testimony when viewed in light of James Hill’s statement that the Petitioner I Marcus Paige was not involved in the crime at issue becomes suddenly relevant, material, and necessary in order to determine the merits of the Petitioner’s, I Marcus Paige, post-conviction motion.

Juana Paige off in Fort Washington, Maryland. John J. Hickey should have been permitted to

testify at the evidentiary hearing. Hickey would have provided testimony adding credibility to Turner’s declaration and Hill’s testimony.

Consider that the only witness who has failed to recant or provide exculpatory information in this matter is Neely Griffin. On the evening of the crime issue, Neely Griffin testified that she heard gunshots outside of her residence. Griffin looked out her window and saw two individuals at the end of the street discharging firearms. Griffin described the build of the individuals as being consistent with James Hill and the Petitioner I Marcus Paige. Griffin witnessed both running down the street firing at the victim. Griffin noted that she saw a flash coming from the hand of the Petitioner I Marcus Paige, although an expert witness testified that a flash was not likely to emanate from an automatic firearm. Expert witnesses testified that shells from single firearm were recovered at the crime scene, that firearm being a .9mmgun recovered from James Hill’s bedroom.

Of course, Griffin’s testimony, as recounted above in the second trial in this matter, was different from testimony she offered during the Petitioner’s I Marcus Paige first trial. Accordingly, Griffin lied, under oath, at one of the two trials. Griffin later told a defense investigator, as well as Nichol Benbow and William McCorkle, her son that I Marcus Paige was not at the crime scene, and that testimony was offered against her only after the government threatened to seize her home and lock her up.

As such, it is clear that Griffin lied during the second trail, leaving zero witnesses against me.

Even without the presence of the numerous witnesses who would have exculpated the Petitioner I Marcus Paige, submits that the testimony of Hill was enough to warrant relief in this matter. Hill originally told law enforcement officials that I Marcus Paige was involved in the shooting at issue only due to the police telling him I told on him. However, prior to either Hill or I Marcus Paige being tried for the shooting, Hill recanted his statement that the Petitioner I Marcus Paige was involved in the shooting. The recantation was offered to a District Court Judge, and served only to further Hill’s guilt in this matter. Hill’s statement is corroborated by correspondence from one of Hill’s acquaintances from prison, Russell Wiseman. (Wiseman Letters). Mr. Wiseman has written to my mother Juana Paige, stating that Hill has claimed in conversation that the I Marcus Paige was not involved in the crimes at issue. (Wiseman Letters). Further, Hill’s statement is also corroborated by a statement made by Mr. Hill to this Court in a hearing held in the criminal case against Hill and me on September 9, 2002. Therein, Hill stated that I was not present at the crime scene at the time of the murder at issue. (Transcript,9/9/02 at 3). Hill re-iterated the fact that it was only he and not me, which was involved in the shooting at issue, during the most recent evidentiary hearing in this matter. As such, there can be little doubt that the recantation should result in my sentence and underlying convictions being set aside.

Because of the perjured material testimony that was present at my trial, the newly discovered exculpatory evidence, and previously discovered post-trial exculpatory evidence, all of which would have resulted in an acquittal, my conviction should have had vacated in this matter. As such, I requested that the Court reconsider its order denying my post-conviction motion. The Court reconsidered and denied my post-conviction and my motion to reconsider.

Mr. President, you are my last hope, I am a black man in jail almost 20 years for I crime I did not commit. I cannot explain why I was convicted. This is especially true in light of the number of exculpatory witnesses. Mr. President please help me.