Larry Duke was released from serving Life for Pot on March 5th, 2014 for Compassionate Release. 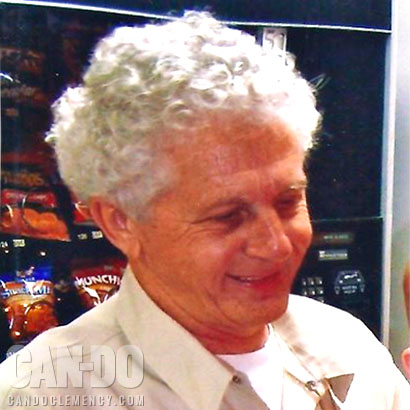 About Larry:  (excerpt from Huffpost)
A 67-year-old Vietnam vet and grandfather, Duke is an unstoppable tinkerer, carpenter and inventor. From FCI Jesup in Georgia, where he’s been locked up for the past 24 years, Duke managed to put a federal patent on a water filtration device he designed, thinking it would save the U.S. military a bundle in bottled water at overseas deployments. (He told me that Halliburton already had the potable water contract locked up, so nothing doing there this time.)

Duke would love to pursue his engineering ideas more, but he is serving a life sentence with no chance of parole. His nonviolent offense was taking part in a deal to bring a couple of tons of marijuana into the country, a deal set up by undercover officers and an informant cooperating because of a previous arrest. Given that even the last three presidents have admitted to smoking pot, his draconian punishment is beyond hypocritical.

For someone who’s been in prison for two dozen years, Duke is remarkably plugged in to the civic and economic life of the nation that locked him up, even if he is barred from voting. He envisions a system of high-speed rail that could stimulate what’s left of our manufacturing sector and help bring us closer to full employment. If only more people in the U.S. engaged in macroeconomic policy at this level of sophistication.