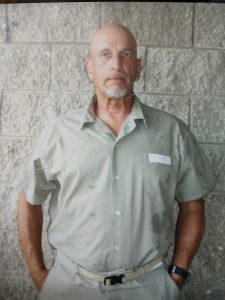 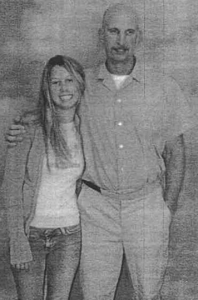 Health: Suffering from Colon Cancer and its complications, am undergoing chemotherapy after major surgery that removed a large section of my colon.

Plans for the future according to Frank:
It is my intention to spend as much time as possible with my daughter and my 11 year old grand son.  I have missed all of his life.  It is very important to me to make amends for the suffering, pain and hard times my ex wife and daughter have endured because of my arrest and imprisonment which hurt them and created hardship.  They have never recovered from it and it has been 20 years.  Also my step mother, Jackie Hawley who lives in Jacksonville, Florida is old and in poor health.  I would like to get out and do what I can to help her before she passes away.   She has done so much for me during my time of imprisonment and need. I am a highly skilled and well educated individual who spent most of my adult career as an avionics technician working on commercial aircraft cockpit instrumentation and controls and electromechanical systems throughout the aircraft, amongst other professions.   It is my intention to seek lucrative employment so that I can help my family and live well again. Additionally I would like to help other imprisoned people who have found themselves in a similar situation as mine.  I will never forget the helpless feeling of incarceration and without people on the outside who care, our voices, stories, images would disappear from the public’s view and awareness.

One of my greatest achievements in the years that I have been imprisoned is that I have become an expert in the law; not only Federal criminal law, but also Common law, Constitutional law, Commercial law, and Admiralty law.  Most lawyers go to school for 4 years and then start working in their specialty field of law.  I have been studying and learning law every day for 18 years non stop, so I intend to help people faced with federal prosecutions and other legal matters. But most of all, I just want to get back with my family and make things better for them.   I am dying to play X-Box and Play Station with my grand son.  He is so cool I love talking to him on the phone.  I am a really good guitar and base player and have written some really good song lyrics.  I pray the President will find me worthy of a second chance so I can embark on the next chapter of my life before it’s too late.  Tomorrow is never promised.  I hope to beat this colon cancer and walk out of prison with a clean bill of health and into the arms of my loved ones.