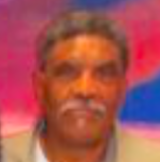 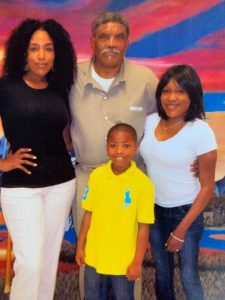 CAN-DO is elated to report that Felix Walls received a compassionate release and will walk out of prison on 4/24/20!
Please sign and share Felix’s change.org petition seeking clemency.
Name: Felix Walls #02414-112
D.O.B. 01/19/1942
Race: Afro American
Marital Status: Widowed
Children: 9
Grandchildren: 17
State Raised: Arkansas
State Charged: Michigan
Will Live:. Milwaukee, Wisconsin with my daughter ShaLeatha Walls, upon release from federal custody.   The release plan has been submitted and approved by the United States Probation Office for the Eastern District of Wisconsin.
Charge: Conspiracy to Possess with Intent to Distribute; Distribute Cocaine and Conspiracy to Launder Monetary Instruments.
Sentence: LIFE
Served to Date: 25 years
Started Sentence on: I’ve been Incarcerated since August of 1994, sentenced to thirty years, won my appeal and was sentenced to life on February 20th 2003.
Prison Conduct: Maintained clear conduct for 25 years
Clemency Status: Pending

Institution: Forrest City, Arkansas
Accomplishments:  EMPLOYABILITY
PUTTING THE BARS BEHIND YOU
READY FOR WORK
SEVEN PHASES OF AN INTERVIEW
CREATIVE WRITING 5-09-05
LEGAL RESEARCH 6-11-05
SECURITIES & INVESTMENTS 9-30-14
According to Felix:
I’m in very poor health.  This is my Citizens Complaint and Request in pursuant under the First Amendment for a U.S. Congressional investigation for the removal of U.S. District Judge Robert H. Cleland in the U.S. District Court for the Eastern District of Michigan Southern Division Case no. 92-8036 United States v. Felix Walls

In United States v. Felix Walls, Judge Robert H. Cleland opinion and order violates the 14th Amendment equal protections clause under the law when Judge Cleland nefariously denied the government’s motion for Compassionate Release which was to reduce the term of imprisonment to time served for Felix Walls, whom is African American. See Exhibit A( the government/Department of Justice motion for compassionate release for Felix Walls).Citizens for fair judges and courts request for an investigation and the removal of U.S. District Judge Robert H. Cleland for racist comments in the court rulings and orders.

We the undersigned citizens for fair judges and courts ask for a congressional investigation and the removal of U.S. District Judge Robert H. Cleland from the Federal Judiciary for racist comments in his orders and rulings. In the U.S. District Court for the Eastern District of Michigan Southern Division Case No. 92-80236 United States v. Felix Walls.  Walls lawyer filed a motion for a Compassionate Release a law enacted by Congress for non-violent offenders with dehilibitating health and life threatening illnesses.

The U.S. Department of Justice and the B.O.P. (Warden) agreed that Mr. Walls deserves compassionate release, now 77 years old has served over 25 years of imprisonment of his life sentence. Mr. Walls has Parkinson’s disease, osteoarthritis, sciatica, and cardiovascular heart disease, and confined to a wheelchair and further requires assistance with his instrument activities of daily living. Walls has experienced deteriorating physical health that substantially diminishes his ability to function in a correctional facility, according to the B.O.P’s assessment.

However Judge Cleland’s order was riddled with bias racist overtones in violation of the 14th Amendment of the Constitution in which Judge Cleland states: “The Defendant has accumulated age-related ailments that appear to be entirely common among men of his age, perhaps especially African American men with respect to heart disease”.

In other words African American men should not be granted compassionate release no matter how sick they are and should die in prison even if the B.O.P. finds that they are eligible for compassionate release. Judge Cleland order violates the legislative intent and spirit of the law passed by Congress. See Exhibit B( Judge Cleland order page 7, fifth paragraph on 2-23-2018). Meanwhile Mr. Walls has received recommendation letters from B.O.P. staff in support for his release. See Exhibit C. Note Mr. Walls has been a model inmate over the last 26 years and as well has not received or been involved in any disciplinary reports or incidents. See Exhibit D(Mr. Walls’ prison record)

On June 19, 2017 the Warden and the Director of B.O.P. granted me compassionate release in case # 92-80236. The urgency of the matter and my expectations were short lived, when the Honorable Judge Robert H Cleland, denied my Compassionate Release on February 23rd 2018.

President Obama denied my clemency application and the judge denied my compassionate release even though the Warden approved it.

President Trump, this will be my third application for clemency.
I filed my first petition over 15 years ago to be a kidney donor for my daughter Shaleatha Walls all to no avail.

Mr. President, my plea for help is coming from both a fan and a follower.  Your win afforded me the opportunity to exalt you even more informing all, not only by the grace of God did you win… The spirit of the lord tells me you will go down in history as the greatest President ever.
In the 90s I was in Los Angeles, California, and saw you on two occasions.  Once in a restaurant and the next day you were coming across the street to the Beverly Hills Hilton… You have a presence that commands respect and attention.  You were born to do great things, because you understood, long before anyone else, the importance of “branding” and leaving your signature as a sign of excellence that would make the wealthiest people in the nation want to own property with your name on it.  That’s the sign of a genius.  Your genius has also landed you in the Oval Office and I never dreamed you might one day read my name or know anything about me.  It’s awful that this would be the circumstance, yet by the grace of God, you may be the one man on the planet who can set me free from this extended hell I have been living in for 25 years.
Mr. President continue your great work with God’s blessings and I look hope to have the honor of meeting you in the future, in the even you have mercy on my soul.  Otherwise, I will die in prison.

Bless you and your administration.