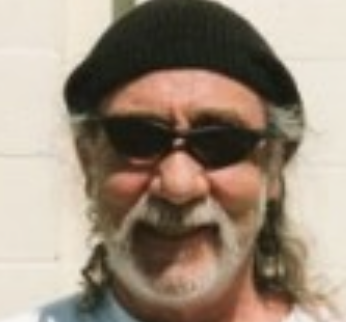 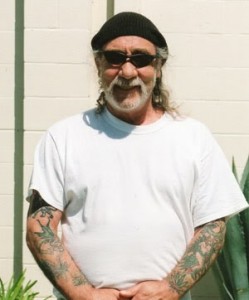 Eddy was #15 on the Top 25 is now free and engaged to marry his true love, Heidi Grossman. Congratulations to the happy and lucky couple!

Eddy Lepp is a Vietnam War Veteran and medical marijuana activist who cultivated
cannabis for patients in Northern California. “He is a Rastafarian minister who gave away marijuana to anyone in need.”* In 2009 he was sentenced to ten years in federal prison. Lepp contended that the plants were a medical marijuana grow for members of the Multi Denominational Ministry of Cannabis and Rastafari and legal under California law, but he was not allowed to introduce medical marijuana or religious defenses during any court proceeding. After sentencing Lepp to 10 years, Judge Patel said the sentence was “extreme,” but that her “hands were tied” by federal law. Locking up Eddy serves no purpose other than growing the prison industrial complex. His incarceration is a human rights violation and should be treated as such.
*Angela Bacca for Skunk mag.

According to several news reports about Eddy’s case:

Eddy Lepp is serving his federal sentence for cultivating cannabis plants at his Eddy’s Medicinal Gardens in California. He was raided in 2004 when authorities seized about 25,000 plants at the garden that was easily visible from US Highway 20.

In 2009, Lepp was given a 10 year mandatory minimum sentence for cultivating over 1,000 cannabis plants. After serving some of his sentence at the federal prison in Lompoc, CA, Lepp has ironically been transferred to the federal prison camp in Florence, CO.

Judge Patel ruled that Lepp was ineligible for the “safety valve” exemption to the mandatory minimum on two grounds. First, the evidence showed that Lepp had been a leader or organizer of other people in his activity. Secondly, the government claimed that he had failed give a full and truthful account of his activities. At his trial, Lepp had testified that he did not grow any marijuana, but simply let his land be used for cultivation by other patients. The government had asked Lepp to recant this claim and admit that he grew the marijuana.

The courtroom burst into gasps and sobs as Patel pronounced her sentence. Lepp’s attorney, Michael Hinckley, called it an “incredible sentence.” Patel responded, “Incredible is what the law requires.”

Tell President Obama how you feel about the use of tax-payer funds to persecute a non-violent cannabis provider.  Letters can be brief and to the point. Remember to keep all communications polite and respectful.

Or, contact Governor Brown and let him know how you feel about federal intrusion in the state of California and ask why he has not done more to protect California citizens from being arrested by the federal government.