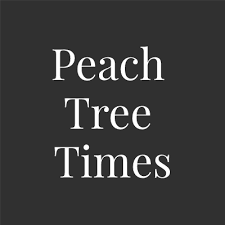 When Chalana McFarland exercised her constitutional right to a trial for alleged mortgage fraud, she didn’t expect to receive harsher sentencing than her co-defendant who opted for a plea deal but that’s exactly what happened.

“Chalana is serving time because she refused to cooperate,” said Amy Ralston Povah, president of the Clemency for All Non-violent Drug Offenders (CAN-DO) foundation. “Defendants should not be penalized with mandatory sentencing for exercising their Sixth Amendment right to a trial.”

While co-defendant Brenda Brown received an 87-month sentence after accepting a plea agreement, McFarland was sentenced to a 30-year federal sentence at Coleman Camp federal prison in Florida, according to McFarland’s CAN-DO file.

“Brenda Brown was a paralegal who participated in the entire scheme and taught Chalana how to conduct the fraudulent mortgages,” Povah told the Peachtree Times.

A year later the same judge sentenced two attorneys with similar conduct but greater monetary losses to 28 and 37 months in prison respectively, according to media reports.

“I don’t know if the penal system is misogynistic but women get the most time of everyone in an indictment,” Povah said in an interview. “Chalana is a first offender and very remorseful. Thirty years is extremely excessive.”

McFarland’s case is representative of a larger phenomenon, which started in the late 1980s, called zero-tolerance. This involves pre-determined punishment rather than judges exercising discretion or changing penalties to fit the circumstances, according to media reports.

“As a society, we went too far with the zero-tolerance approach,” Povah said. “Incarceration shouldn’t be the first thought when it comes to justice being served. There are so many people in prison, like Chalana, who could better serve society by doing public service and being assigned to give back to society in other ways.”

The 50-year-old attorney and mother of a teenage daughter, McFarland has been giving back the entire 13 years she’s been behind bars, according to Povah who received clemency from former President Bill Clinton after serving nine years in federal prison. Povah hopes President Trump will do the same for McFarland.

“Chalana has an acute understanding of the legal process and spends a lot of time in the prison law library helping others,” Povah said. “She helped one woman, whose daughter was dying of cancer, go home on a compassionate release.”