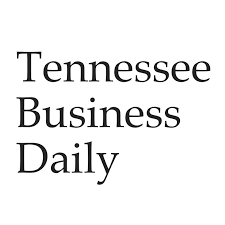 When President Trump granted clemency to nearly a dozen people in February, this included Crystal Munoz, 40, who spent 12 years in prison after being convicted on marijuana charges. Now supporters of LaShonda Hall are hoping the president will do the same for Hall.

Hall, 45, is a first-time non-violent offender, who was charged with conspiracy, money laundering and aiding and abetting. She was sentenced to 45 years and 8 months in prison, of which she has served 11 years. After being denied clemency by the Obama administration, she hopes Trump will help her.

The single mother freely admits that she got caught up in the wrong crowd, and the abusive relationship she was in with her now ex-boyfriend led her to make some bad decisions. He allegedly conned Hall into believing that he was successful in real estate, but he was really a drug dealer. Even though he had been a good provider, Hall learned that his business dealings were all in the dark world of drugs.

She basically was his secretary and handled matters such as depositing money into his accounts and writing letters for him like a typesetter. According to Amy Povah of the CAN-DO Foundation, a non-profit that advocates clemency for all nonviolent drug offenders, Hall is the poster child of someone deserving clemency.

Povah hersef was convicted in 1991 in a conspiracy case involving drugs. In 2000 she was granted executive clemency after serving nine years in prison.

“The main reason I support LaShonda’s clemency is because I was in her shoes back in the 1990s serving a 24-year sentence for conspiracy in a drug case.,” she said in an exclusive interview. “CAN-DO identifies and focuses on conspiracy cases where the women were typically minor participants mostly guilty by association. Initially,  LaShonda was rescued from an abusive  man by someone who appeared to be a business man and was very kind to her and her son.”

Povah pointed out that later Hall eventually learned he was involved in a drug ring.

“She eventually handled money, which was also  my involvement as well,” Povah said. “I never dreamed there was a law on the books that could hold me responsible for all the drugs manufactured  and sold by my previous husband just because I collected bail  money for him after his arrest,” Povah said. “Similarly, LaShonda never dreamed she would be held responsible for drugs she never sold. However, however, she is extremely remorseful for her naïveté and for turning a blind eye to wrongdoing that can and has harmed lives.

“It doesn’t take 45 years to understand you made a mistake and must pay a  debt to society. But the debt should not be a burden upon society either. Bad sentencing policies are destroying the very lives the drug war advocates claim they are trying to save. LaShonda is one of them. She has served 12 years and we believe that’s more than enough time for the role she played in the drug conspiracy.”

The toll that incarceration has taken on Hall and her family has been enormous and Povah believes that she has already paid the price for what she was sentenced to serve.

“Her son was 11 years old and is now 24. She has missed so many landmark memories with family that most people take for granted but most of all, cooking, caring and nurturing one’s child is what mothers miss more than anything,” Povah said. “They carry a heavy burden every day of their incarceration being severed from their children.  LaShonda’s 45-year sentence was the equivalent of a life sentence for her first conviction and she never even got the benefit of taking  responsibility and pleading guilty.  That’s not justice. I  have communicated with LaShonda since 2015 and her greatest desire is to be defined by her future accomplishments and not her past mistakes.”

In a statement provided to Povah, Hall said:

“I’ve recently completed Serv Safe and food handlers test. I have also  completed several classes prior to arriving here in Tallahassee. The certification is real. It is board certified in the food area. I also have a few vocational training certificates, known as the VT classes.

“I also have my electrical/core safety complete w/my NCCER card along with my electrical apprenticeship, introduction to skilled trades, which can be verified on the website: www.nccer.org.  I have completed some college courses through Pierpont Community College:. Business plan development, mentorship and business, business  analysis, critical thinking and funding your venture, intro to entrepreneurship. All of this will [stay] with me. Upon returning home I plan to continue my education by taking some online  courses, and I will be able to transfer my credits.

“I also have  completed ‘the non-residential drug TMT,’ drug education, and drug abuse  program. I am also actively working at Unicor.”