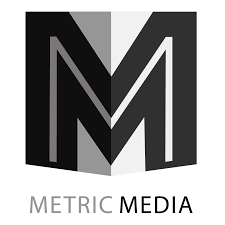 After President Trump commuted the sentences of multiple inmates in February, advocates are working to raise awareness of the cases of other inmates who are deserving of clemency. One of these is Michael Pelletier, 63, sentenced to life in prison in 2006 on charges of conspiracy to import marijuana, conspiracy to possess with intent to distribute marijuana, money laundering, and conspiracy to engage in money laundering.

He is currently incarcerated at U.S. Penitentiary in Terre Haute, Ind.

The CAN-DO Foundation submitted a petition for clemency and included a letter from one of Pelletier’s siblings that highlighted his health issues. Pelletier has been in a wheelchair since he was 11, after a tractor accident on the family farm in Maine. He was sentenced to life without parole based on the testimony of two co-defendants.

There is an expectation, according to the documents in his petition for sentence reduction, that Pelletier would have received a lesser sentence were he charged, convicted and found guilty today.

He has admitted that he broke the law and regrets his decisions and the consequences of his actions. Pelletier admits he is guilty of conspiracy to import and distribute cannabis. During his time in prison, Pelletier said he has nurtured his love of art, creating oil paintings on canvas. He has also started teaching a class on painting and drawing and is learning to play guitar and courses in Microsoft Office 2000 and legal research.

Pelletier’s release plan is for him to live with a family member, who would help him transition into society, providing him with the tools he needs to be successful, including food, medical care, transportation and clothing. Pelletier says he was certified by Bulova to repair watches and jewelry, and hopes to do this work professionally, at least part time, if he is released.