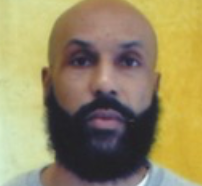 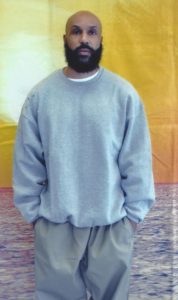 CAN-DO identified Brian as a First Step Recipient and he was interviewed by Cut50’s Louis L. Reed.
No need to sign Brian Johnson’s change.org petition

September 19, 1999 forever changed the life of one man with no notoriety, fame, or money. That is when 28 year old Brian Johnson was arrested for a non-violent low level drug conspiracy, and sentenced to die in prison. In a world where justice is inconsistent at best and completely skewed and manipulated by the media at its worst, it is hard to imagine just how difficult it is to get people to take notice of your case when your just a simple God fearing man whose name does little to further anyone’s political agenda.

At the age of 28 my life had been extinguished in a federal courtroom. With three young daughter it felt as if my hear had been ripped from my chest. After nearly 14 years in prison I sought help thru CP-14 was given an attorney who simply was to busy to do the work he signed up to do in helping me. I ended up filing my own petition in June 2016 when the pardon office called my Unit team in FCI Fairton requesting that I do so. My hopes to be reunited with my family were lifted with that call. In the end as time wound down I became nervous and then in the end there was no answer. Obama had left me behind.

Most recently I seen President Trump issue a pardon to another person who was left behind serving a life sentence Alice Marie Johnson. My hopes once again had sky rocketed when President Trump stated that he wanted to help people that did not have people helping them. I am in that category I am a man with no fame, no notoriety, and very little money. My prayer is that he would find me worthy of his grace and mercy.

If released I will be going to live with my family in Atlanta. My plans are to work hard in saving money and starting my own automotive business. This is a field that I have spent countless hours working in as a young man and studying while in prison. Most important to me is being the father that I was meant to be and now the grandfather to my grand babies. People make mistakes and they learn from them. I am one of those people. Today I can say that I would never let President Trump down if he were to allow me to experience that same Joy that I seen Alice Marie Johnson experience when she was reunited with her family. A life sentence is just that LIFE. I am praying for a second chance to reclaim my LIFE with my family.