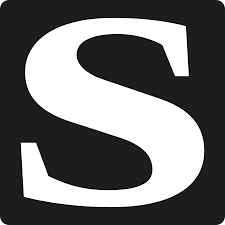 The CAN-DO Foundation supports Rufus Rochell in his bid for clemency.

He was sentenced to 40 years and 8 months on charges of a conspiracy with intent to distribute 50 grams or more of crack, and possession with intent of the same amount.

Rochell, 68, has served 31 years 8 months of his sentence and has never had a disciplinary infraction. He is actively involved in “My Brothers 2 Keep” ministry and has received four humanitarian awards from the NAACP.

During his time in prison, Rochell has completed classes on real estate and law library training, and was part of a fundraising effort that raised $3,700 for a bullied boy who wore an eye patch at school and had no insurance.

Rochell writes in his application for clemency that he has a daughter who was born while he was in prison, and upon his release, he will have multiple job offers, including one as a driver, and another at an automotive service company.

CAN-DO notes that if Rochell were sentenced today, he would receive a lower sentence than what he received in 1988.

“All I need is a second chance, and I’m ready to step into my new productive life as a happy citizen, ready to live life to its fullest every minute of every day,” Rochell said. “I have two grandkids, my daughter, five brothers, and one sister, plus a host of other relatives awaiting to assist me with support in other areas needed upon my release.”

The CAN-DO Foundation notes that he has earned more than four years of credit for good behavior, and he has no history of violence before his conviction or during his incarceration.

Rochell’s story was included in a 2019 story published by The Daily Beast, titled “Trump Pardoned Billionaire Conrad Black but Left His Prison Buddy Behind.” Rochell came to know Black, helped him by writing a letter attesting to Black’s character, and he has worked to do good works while in prison but, as politics editor Sam Stein wrote in the June 1, 2019 piece, “none of that has set him free.”