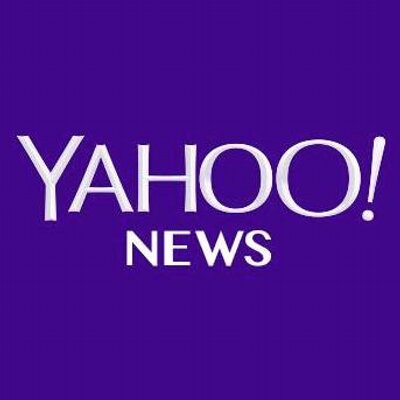 When Alice Marie Johnson, a 63-year-old grandmother serving life in prison for drug trafficking, was granted clemency by President Trump on June 6, a phone call went out from the White House counsel’s office — the administration wanted more people like her.

On the receiving end was Mark Holden, general counsel and senior vice president at Koch Industries, who has advocated for prison reform. He reached out to Amy Povah, the founder of CAN-DO, a nonprofit organization that advocates for prisoners, and took her names, along with lists from other organizations, to the White House. 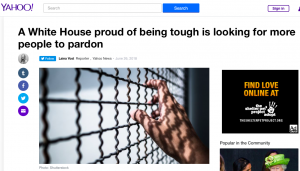 “Generally, [Trump’s] really interested in the issue, just like he has been with prison reform,” Holden said. “He sees it as a way to deal with injustice and help people improve their lives.”

Trump has said he has “3,000 names” he is considering for clemency. Povah said she’s not sure where the president got that number, but she knows her names have gone straight to McGahn.

Among those names is Tanesha Bannister, who was sentenced to life in prison in 2004 after being convicted of conspiracy to sell crack cocaine. She was resentenced after appealing the decision and received 23 years in 2008.

In January, Holden attended a meeting in the White House attended by Trump, Sessions, Kushner and other activists about prison reform and said the president was open to it.

“What really resonated with the president in that meeting was when someone told him that the people who will benefit from prison reform,” he said, “these are the forgotten men and women, the voiceless men and women that you campaigned for and their families and them, are the ones who elected you, and they’re the ones that need help.”

There’s a formal process for getting a clemency petition to the president’s desk. It first must be approved by the Office of the Pardon Attorney, under the guidance of the deputy attorney general. If the request meets their approval, the OPA will provide a recommendation for the president. Afterward, it is sent to the office of the counsel to the president. The president will then either accept or deny it.

But Trump doesn’t seem interested in the formal route. Johnson, who was serving a life sentence for a first-time drug conviction, was granted clemency after Kim Kardashian intervened with Trump on her behalf. Author Dinesh D’Souza was pardoned for election-law violations after Texas Sen. Ted Cruz asked the president to consider it. The late boxer Jack Johnson was given a posthumous pardon for a sexual offense (prosecuted under the racist judicial system of the early 20th century) on the recommendation of actor Sylvester Stallone.

Arizona Sheriff Joe Arpaio, convicted of violating a court order against racial profiling by his office, was pardoned by Trump on his own initiative. Arpaio is now running for the Senate.

Osler said bypassing the process will strain the resources of the White House legal staff. But he called the current clemency system redundant and needlessly bureaucratic.

“The way that you’re supposed to bring something to the president’s attention is to file a petition with the pardon attorney,” he said. “And if everyone’s going to try to jump around that, it’s just going to create a giant jam in a different place.”

But Holden said he’s glad that the White House is bypassing the DOJ, which is staffed by career prosecutors.

“I like that they’re reaching out to advocates and others just beyond the DOJ channels,” he said, “with no disrespect to the Department of Justice in any way, shape or form, I just think it’s good to get information from different groups.”

If the formal process didn’t bring results for those remaining from CP14, the informal process that Trump seems to favor may be to their benefit. LaVonne Roach, 52, is still holding hope that she’ll be next.

“Honestly, he has surprised me,” she said, “and has set off a shock through the prison system, I’m sure.”

Roach, who has been denied clemency at least three times, is serving 30 years for conspiracy to distribute meth. Her release date is six years away.

“I will never forget my past,” she said. “I broke society’s laws and acted immorally, but I will use my mistakes for building blocks to advocate to help make positive changes for my grandchildren, our future generations. I have paid my debt to society.”

Michael Pelletier, 62, was caught transporting marijuana over the Canada border to his home state of Maine. CP14 denied his case, since he had not served 10 years when he submitted his application, a criteria of the initiative. By the time Obama left office, Pelletier had served 10 years.

Maine has since legalized medical marijuana and is expected to have recreational marijuana available in spring 2019. Canada recently took steps to legalize marijuana as well.

Bannister, Pelletier and Roach all said they are optimistic about their chances for clemency under Trump.

“If justice prevailed for those of us who have been buried alive with draconian sentences,” Roach said, “these gates would open and the suffering would be over and tears of joy now would be shed as we reunited with our families. Families would be families again.”