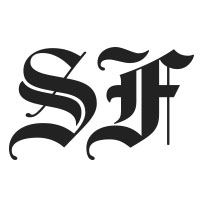 Instead of sleepwalking through the obligatory turkey “pardon” on the White House Lawn this year, I wish President Obama would grant some real pardons — to humans. There is no better gift than hearing that your loved one has been freed from an unjust sentence. I should know.

President Bill Clinton gifted me with clemency on July 7, 2000, nine years and three months into a 24-year sentence for drug conspiracy charges and, in doing so, commuted the sentence that was imposed upon my entire family. Although I was one of the lucky few, my case was not unusual from the majority of women I was serving time with. In fact, it was the norm.

In prison, the law library was ground zero for those of us seeking answers as to how a minor act had landed us in prison for 10 to 20 years or even for life. In 1988, the conspiracy statute was expanded beyond any logical comprehension in the wake of hysteria over a “crack epidemic” that mandated another war just as the Cold War ended. Budgets and jobs were saved — er, justified — and instead of closing military bases, they were converted into federal prisons.

More than 20 years later, it’s time to take a serious look and correct the damage inflicted upon the very society that was convinced it would be destroyed if not for the drug war and new laws. The Sentencing Act of 1987 was “intended to establish fairness in sentencing, to prevent disparities in the sentencing of similar defendants,” yet did precisely the opposite. Judges became prosecutorial aides, stripped of their judging privileges and forced to honor plea bargains brokered between prosecutors and major drug dealers. Even worse, judges would apologize to minor participants before sending them away for decades, often based on testimony alone. No hard evidence was required to sustain a guilty verdict. “My hands are tied,” was the most common apology I’ve seen in numerous sentencing transcripts.

Their hands may be tied, but the president can correct an injustice by exercising his executive pardon powers. Clemency, in the form of a commutation of sentence, does not exonerate a felon. It merely commutes the sentence while affirming the probation phase, so no one leaves prison unsupervised. But regrettably, for over a decade now the Office of the Pardon Attorney has rarely recommended drug cases worthy of leniency. That’s why Clemency Project 2014 means so much to so many and Deborah Leff, the new pardon attorney, brings hope to an office previously run by proponents of the “tough on crime” era. Today, a new “let the punishment fit the crime” mantra is gaining momentum.

I started the CAN-DO Foundation in 2001 that identifies cases worthy of clemency, such as people serving life for pot, and I recently created the Top 25 Women Who Deserve Clemency list. Twenty-three have been behind bars for more than a decade, 11 have been locked up for more than 20 years, one is a doctor who grew/used medical marijuana, and seven are first-offenders serving a life sentence. This is not justice. This is cruel and should be unusual, especially in a nation that values “liberty and justice for all.”

I have no grudge against the White House turkey. I merely ask that the same mercy be afforded to human beings.

Amy Ralston Povah (formerly Pofahl) is a drug war veteran and clemency recipient who started the nonprofit CAN-DO Foundation after her release.