Congratulations to Therese Crepeau, who walked out of prison today after serving 21 years on a 26 year sentence thanks to the  new 2 Point Reduction program..  We can’t wait to hear all about her freedom day and reunion with her fiancé, Chris and family!   Therese was #9 on the CAN-DO Top 25 of Women Who Deserve Clemency.

Unfortunately, President Obama hasn’t ruled on her petition yet, but that couldn’t stop Therese from walking through those doors today thanks to the retroactive “Drugs Minus Two” that reduced her sentence so that she could be released to a half-way house.  Justice is slow but Therese was blessed with mercy and we are so happy for everyone who will be touched by her freedom.  She is a gift and asset to our society!

Reuters contacted the CAN-DO Foundation and asked to be connected to some of the prisoners who received a 2 point reduction and were released on Amendment 782, so we connected them with Therese Crepeau.  Watch Reuters video of Therese here.

Amy Povah met Therese in federal prison at FCI Dublin and was immediately struck at how tragically young, gorgeous and vibrant she was.  Initially, she had a 35 year sentence, which speaks volumes as to what is wrong with the current drug law policy.   The hypocrisy of our politicians who claim the drug war is necessary to save lives, or “our children” when in fact, the drug war is destroying young lives, families and the hopes and dreams of so many good people – Therese is a prime example.  The conspiracy law made it possible for the feds to indict Therese and hold her accountable for drugs sold and distributed by an entire organization of people.  As in most conspiracy cases, those who are the most culpable often cut deals or “plea bargains” and receive sentence reductions, whereas those who proceed to trial get slammed with the longest sentences.

Fortunately, Therese’s sentence was reduced from 35 years to 26 years and with this recent reduction she is now free, but she still spent 21 years behind bars.  Although Therese admits she was wrong to get involved with drugs, it doesn’t take 21, 26 or 35 years to learn a lesson and turn one’s life around.   Therese will be a strong advocate for change and Amy can’t wait for the day that we take a photo together, in the “free world.”

We are excited for Chris, Therese and all their family members and look forward to hearing more about their future plans. 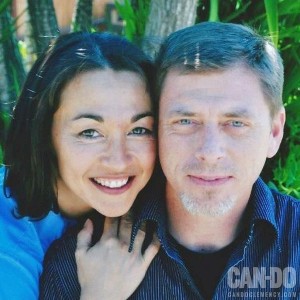 Below is a previous email from Therese after receiving 2 pt. reduction.

YES, YES, YES and YES!!!  My head spun all day yesterday because the 2nd day after the judge signed off I got my new computation date!!! I asked Chris to contact the place in Grand Prairie that handles that!:) It worked!!! Today, this morning when I got off work, I talked to my case mgr to see about the home confinement papers and first she said she didn’t have time to do it today…but then remembered that she had just recently done my relo, and it was approved a couple of weeks ago…so she had all the legwork done…and told me she would try to start that today…then less than 2 hrs later, she told me on my way to lunch that it was done!!!!:) Of course it still has to be signed off by several people, but I expect it to be at the hwh next week or early the following week!!! I’m predicting I’ll be home by Chris’ b-day, which is June 14th!!! How awesome would that be?!!!<3
XOXOXO
Therese