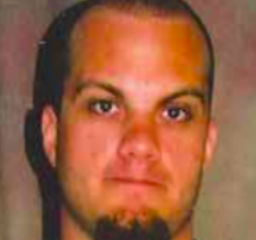 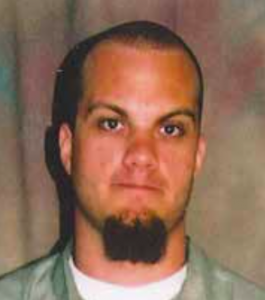 Name: Seth Cox  # 13715-026
Race: White
Marital Status: Single
Age: 40
Children: 1 Daughter (age 17)
State Raised: Illinois
State Charged: Illinois
Will live: Illinois
Charge: Conspiracy to manufacture & possession with intent to distribute meth.
Sentence: Originally 300 months, after Amendment 782 (2014) of all drugs minus two points, sentence was modified to 21 years 10 months.
Started Sentence on: June 23, 2006
Served to Date: 15  years
Priors: Criminal history is limited to low-level offenses that occurred between the ages of 18 and 22. According to Seth: In 1999, at the age of 18, I plead guilty to underage drinking. The following year I refused to comply with an officer’s request to move during a search of a residence and plead guilty to resisting a peace officer. I was sentenced to 30 days in jail and 24 months probation, but I received a related conviction for failing to show up to fulfill my jail sentence due to the birth of my daughter that day, showing up a day late. Finally, I was convicted of three driving related offenses.

Looking back on my life I realize now that long ago I began down a road that was destined to lead me to where I am today. I started using drugs when I was only 12 years old. I was young and honestly it seemed like the cool thing to do with my friends. Eventually to pay for my drug use I began to sell small amounts of drugs. Without any thought on how it occurred, this quickly became a way of life for me. I do not share this to try to excuse my actions, rather I accept full responsibilty for those choices. I am well aware that there are many people with drug habits that do not end up with 262 month sentences. Therefore, I know that it was my actions alone that led me to where I am today. I will not sit here and waste everyone’s time with a long colloquy of my choices and how they came about. There really is no need to try to explain or justify the mistakes and actions I took that led me here. They were wrong, I know that better than you can imagine. I know that the only person at fault for these grave errors is myself. I regret every day the man I used to be. I am ashamed of how my actions have harmed not only my family and community, but mostly my daughter. She has paid the steepest price for my selfish decistions in life, a childhood without a father. I know I let her down, even if out of a daughters love she does not share those thoughts with me or blame me for my failures, I nonetheless greatly realize my deficiency as a father.

Since my incarceration I have strived to become the man my daughter would be proud to call her dad. In my over 12 years of incarceration I have completed numerous programs and reentry courses. I have worked continuously in the maintenance department and have been repeatedly promoted for my excellence at work. For my efforts, I have been commended repeatedly in my Inmate Progress Report by my work supervisors for my devotion and dedication to work. I have strived to change the way I think and to better understand and fulfill my responsibilities in life. I do this all not just for myself, but for my daughter. I have only one main desire in life and that is to be the father my daughter deserves to have. Today I realize that the only way I can be that person is through positive actions and education. I am as committed to those steps in life, as I am to being a tremendous father to my daughter.

When my Judge sentenced me he stated individuals in my situation “go in one of two directions: they go to prison, they sit down, they hear all those people around them…giving them all the reasons why it’s okay for them to fail; alternatively, some take it as the opportunity, although it is a painful opportunity, to change their lives, go in a different direction…try to repair the harm they’ve done to their family, give people who continue to love and support them some reason to believe that maybe it was a good thing that they…did still support them…”

I have taken those words to heart and strived to be the latter of those two choices. To repair the harm and pain I caused my family. To be the son my mother needs and the father my daughter deserves. I have used this time productively to conquer my addictions. Taking drug education classes and other cognitive behavior classes, such as the 3 Steps to Success, a cognitive behavior course I completed that not only taught me the ABC’s of cognitive behavior, but also taught me to accept full culpability for my choices and actions. This course and other courses have helped me to master new ways of thinking and an understanding of my responsibilities in life.

If granted clemency I will reside with my mother, Helen Graff. I have ample family support and have mastered numerous employable skills since my incarceration. Including welding, construction, concrete/masonry, roofing, window installation, tilling, and landscaping among other skills.