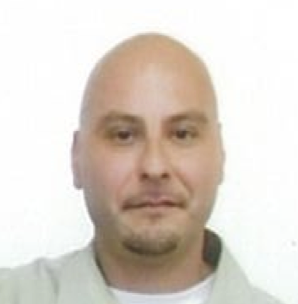 Ricardo was called and given the wonderful news that he received clemency. His family can finally exhale and dream of a renewed future together.

Details of Mr. Montes’ case: Mr. Montes was in a car accident in 2004 and sustained multiple injuries including a severe fracture to his hand which required surgery. Because he developed chronic severe pain following surgery, his doctor recommended that he try medical cannabis. There were no cannabis dispensaries in his hometown of Modesto so he had to travel to the San Francisco Bay Area to get his medication. Around this time Luke Scarmazzo, one of Ricardo’s friends from high school, asked him if he wanted to open a medical marijuana dispensary in Modesto. Mr. Montes agreed and shortly thereafter he and Luke incorporated California Healthcare Collective (CHC). They thoroughly studied CA state laws that pertained to medical marijuana dispensaries and honestly did everything to comply with them.

CHC opened in 2005 in Modesto and it was operational until September 2006 when it was raided by federal authorities. The CHC dispensary was providing a much sought after service to state-qualified patients, abiding by state laws and paying both federal and state taxes on business proceeds.
Federal authorities never alleged that Mr. Montes or Mr. Scarmazzo were violating any state laws but rather the federal prosecutors cited the Nixon-era controlled substances statutes in their charges.
During an extended trial Mr. Montes and Mr. Scarmazzo were not allowed to present evidence that they were licensed by the State to dispense marijuana. As a result, they were sentenced to serve at least 20 years in federal prison because of the mandatory minimum law for conducting a continuing criminal enterprise. No other marijuana dispensary owners have ever been charged with conducting a continuing criminal enterprise. Following their sentencing, two jury members spoke out against the lengthy sentences and provided court depositions recanting their guilty verdicts because of the sentences’ lengths.

Mr. Montes and Mr. Scarmazzo received the longest sentences given to any medical marijuana dispensary owners to date.

Future plans: Mr. Montes plans to return to work in the service industry where he has experience before he started the medical marijuana dispensary. In his family, his parents are elderly and need him to return home soon to be the hands-on father that he wants to be to his three children. Mr. Montes also plans to volunteer in his community to work with youth programs and mentor young adults.