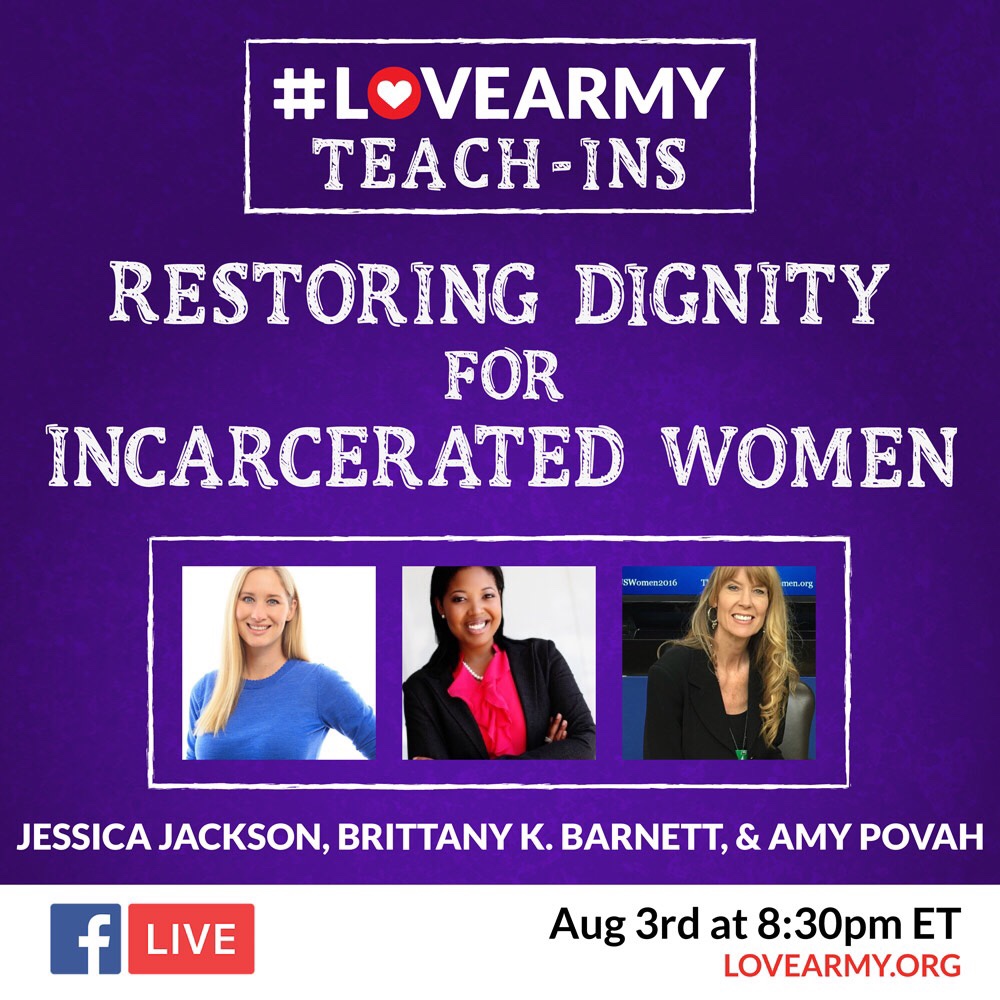 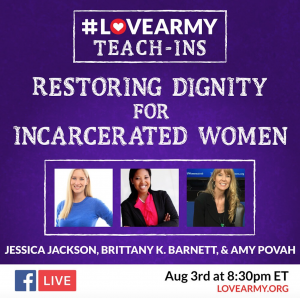 Watch the teach–in to learn more about the challenges women face behind bars, the impacts of our justice system on children families, and what you can do to take action in your community.

The United States incarcerates one-third of the world’s female prisoners, with more than 200,000 women locked behind bars in state and federal prisons and local jails all across the country. The vast majority of these women are mothers and every year, 2,000 women give birth while incarcerated. Recently, Senators Cory Booker, Elizabeth Warren, Kamala Harris and Richard Durbin have introduced the Dignity for Incarcerated Women Act, which would bring critical changes to the federal prison system.