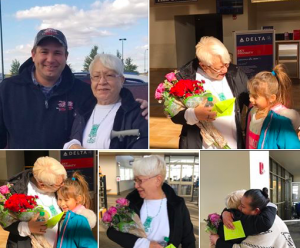 Congratulations to Mary Ziman – she is finally free.  Her son Corey picked her up from FCI Greenville and here are the photos of her happy freedom day! 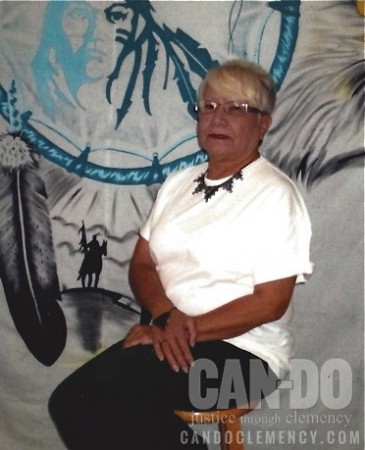 This case was built almost entirely around a mentally unstable woman who was on drugs and was caught with a gun. She was thrown in tribal jail and did about 30 days. To retaliate, she called in the feds and built a case against her dad and everyone she could think of. I knew her father, and before you know it, indictments were flying, even though she had been in mental facilities and was chemically unbalanced. Regardless, I’ve done so much time that I don’t care about the particulars anymore. I just want to return home, so if re-hashing all of this is going to hurt my chances, I’d rather not discuss it. I’m old and tired and would like to spend what little time I have left with my family. 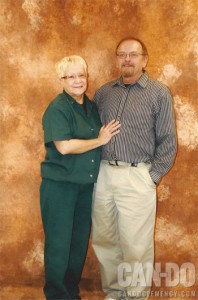 My Native American heritage has been a great asset because I have needed to rely on my spirituality to get me through this phase with a better understanding of letting go of those things I cannot control. I have been able to teach the younger Natives about many of our traditional beliefs that they did not know about and they have been grateful and see me as an elder, worthy of respect.

I am a very proud mother, grandmother and great-grandmother. I was fortunate to meet most of the grandchildren while incarcerated. During my incarceration I lost my husband on Christmas Day 2013, plus three brothers and a sister. There is no worse feeling that being called to the Chapel over the loud speaker, because it’s rarely a good thing and quite often, it is due to a death in the family.

I have used my time in prison wisely and taken a lot of classes like, the 40 hr. Drug class, Parenting classes, Photo shop, Key boarding, Beading, Crocheting, Cross stitching, Guitar, Leather Crafts and Health classes. I taught GED Algebra, Beading,Clay sculpture, and a Clay Therapy class. I currently work for Trulinc’s here at the camp, which is the email center.

I was on permanent disability before I was incarcerated. After 15 years my health is deteriorating rapidly. I have Fibromyalgia, Diabetes and am on insulin, have serious back problems, lung problems and use a Tens unit (electro-shocks) for pain in different areas. I use a cane to walk, have no prolong standing and limited lifting. I am currently waiting for a Lung Specialist and I need Cataract Eye Surgery.

Mary Ziman’s Son who is her Strongest Supporter.

My family is my life and I am so proud of them and I am anxious to reunite with them. I have a very large supportive family that will help me if I am given the wonderful gift of clemency. Here are the names of my children, who have given me many grandchildren.