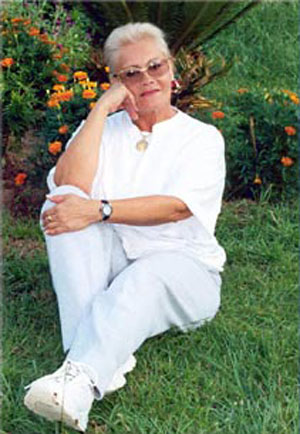 Mariella served a 20 year 7 month sentence for cocaine conspiracy. She was a licensed real estate agent, raising a son on her own. Between 1980 and 1989, Mariella worked for several real estate agencies, including Coldwell Banker and also worked part time for H&R Paving in Miami. Mariella’s crime was committed in 1985/86 when cocaine was being consumed on a massive scale, especially in the night clubs and was widely accepted as being “cool and hip.” Mariella does not claim to be innocent, but she was not guilty of all the allegations the government accused her of. Regardless, Mariella followed the advice of her attorney and pled guilty, believing that she would receive leniency. When a defendant pleads guilty and relieves the government of the burden and expense of taking that defendant to trial, it is common to receive a greatly reduced sentence based upon “acceptance of responsibility.”

The author of Mariella’s “Pre-Sentence Report” (PSR) that forms the guidelines by which a judge sentences a defendant, quoted Mariella as stating:

I am not guilty of all counts that I have been charged with. I plead guilty because my understanding was if I plead guilty I would save money and time to the taxpayers and government. To my understanding, my lawyer [said] I will get parole. I was very confused when I went in front of the judge and according to what I understand, either I pled guilty to all counts or nothing at all, thinking I would have a chance to explain myself. I am willing to help the government with all the information of people I know who deal with drugs or break the law.

Mariella was arrested in 1989, 3 ½ years after her offense and after the drug war was kicked into high gear. She had never been in any trouble with the law prior to this non-violent first time offense. She was sentenced largely based on exaggerated testimony of her co-defendant who testified in exchange for a reduced sentence. The government’s informants:

Mariella accepted responsibility for her wrongdoing and pled guilty. She told the government about her participation in the conspiracy which occurred prior to the “new guidelines” that occurred in 1988. Mariella should have been sentenced to the “old law,” which would have resulted in a much shorter sentence.

Why Mariella Liggio is requesting clemency

I was raised in Columbia in a close, loving, family. I moved to the United States in 1960 and became a naturalized citizen on September 1, 1982. I married in 1970 and had a son by the name of Antonio Liggio that I gained custody of when Antonio was 2-years old. Several of my siblings are citizens of the U.S., have honorable careers, and have stood by me throughout this difficult time.

During my 13 years in prison I have earned a college degree in business management through correspondence courses. I have taken all the programs given by the Bureau of Prisons and I am presently enrolled in the Life Connections Program (LCP) which is a faith based, 18 month residential program that was started by President George W. Bush. I will graduate from this wonderful program in October of 2004.

Through ‘Life Connections’ I have learned to become aware of the impact that a crime has upon society. LCP has shown me the obligation to “right the wrong.” This program has been a blessing to me and I have had the opportunity to take part in a victim impact activity and place myself in the victim’s shoes. Upon my release I will be re-located to a religious community in the area where my family lives and will work with Volunteers of America, Prison After-Care Services.

I know I made bad choices in life. Some people in free society think that people coming out of prison don’t have much to offer. I don’t have material things to give, but I can share my love and hard-earned wisdom of how vulnerable we become when we don’t operate under God’s and the Land’s laws. I am presently 64 years old and before I depart from this world, I would like to plant spiritual seeds by generously helping my son, my siblings, their children, and others around me. As little as this may seem it may be an important gift to someone in the throes of addiction. I yearn to start the healing process within my community by correcting the wrong I committed and pray that the President will find me worthy of clemency so I can begin this goal as soon as possible.