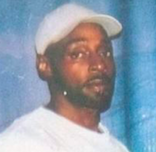 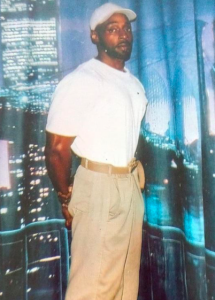 We are so happy for Lawrence and his mother Judy who has been a CAN-DO Guardian Angel for many years. She was Lawrence’s biggest advocate and never stopped working to bring him home.

CONGRATS to Lawrence and the entire family.

After being in prison for over 23 years, I have had so much time to think about the choices I made.  I want to say first off I am sorry for hurting my mother, my family, and my loved ones.  I have been in prison since January 1995, sentenced to 396 months (33 years) for drug crimes and money laundering.  I was only 21 years old at the time of arrest.  A young man misinformed, uneducated, and spiritually broken I regret so much.  However being in federal prison for so long and having time to reflect on the young man I was then to the man I am now, I have changed.  I have used the past 23 years to make necessary corrections to my life.  To be the God fearing man my mother raised me to be.  I have dreamed many times about the day I can come home from a hard days work and be greeted by my wife and kids.  Be the husband and dad I was intended to be.  I also pray for an early release so I can stand by my mothers side as her only son and support her while she is battling cancer.

I long for the day I can be a vessel that helps others, I pray I can reach young men and teach them the things not to do so they won’t end up making poor choices as I did.  I am asking for another chance at life, to show the difference in the man I am now from the boy I was 23 years ago.

According to Judy McCarroll, Lawrence’s mother:

January 23rd 1995 my whole world collapsed, when my son, Lawrence McCarroll and I were arrested for non-violent federal drug charges. I was sentenced to 27 years and my son Lawrence McCarroll received a 33-year sentence for drug conspiracy charges. He was only 22 when he went to prison and he’s now 43.

I was granted an early release for the 2-point reduction that the sentencing commission recommended. Although Lawrenceand I were convicted for the same conspiracy case and same charges, he was given a “leadership” enhancement at sentencing that is no longer applicable due to a Supreme court ruling that prohibits enhancements not determined by a jury.  But, this ruling was not retroactive, so Lawrence is still being adversely impacted by this “enhancement” which, in the 90s, was commonly applied to those who took their case to trial.  If he had “cooperated” he would have received a lesser sentence with no enhancement.

The day after I learned about my own sentence reduction I was told I have breast cancer, but that pales in comparison to the concern I have for my son. We have always been close and I can’t stop thinking about his life being taken from him at such a young age.  The fact he has spent most his adult life behind bars, haunts me on a daily basis.

Lawrence is not the same boy that went to prison 21 years ago.  He is remorseful and takes full responsibility for the bad choices he made that landed him in prison.  Over the years Lawrence committed himself to self-improvement by being a mentor to young men and his peers.  He has requested/read books that focus on community improvement, character-building and he has nourished his spiritual and moral life. He has completed many programs and now dreams of coming home, getting an honest job, paying taxes, getting married, having children and teaching them true value of life.  He yearns to apply his hard-earned wisdom toward the person he wants to become, once free.

I have a cancer mass on my left kidney and must have surgery. I’m hoping that Lawrence will be home soon so I can wait and have the surgery once he’s home because the mass is the same size from last year so it’s not growing but the doctor wants me to have surgery. I need my son home – please President Trump, have mercy on this mother and my son.  He has served more than 2 decades!