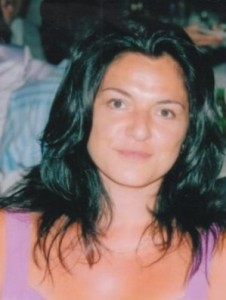 I, along with numerous other accomplices in the United States and Europe (none of them have been indicted) were involved in an international credit and debit card fraud conspiracy. The Government claims I was the leader, when in fact I acted as a middleman, accepting wire transactions and forwarding the funds on to the leaders in another Country. I did participate in the conspiracy, but not nearly to the extent that the Government claims or charged me with.

After my divorce in Toronto, Canada and then after moving to Sparta, Greece, aside from being a single mother, I was the sole provider for my son. Whilst adjusting to a different culture and lifestyle I tried to be a good mother to my son and instill in him strong family values, morals, and respect and to focus on his educations. I Government ran and operated two hotels and a graphic arts business until a family squabble erupted in 2003 between the shareholders. The issues landed in the courts, and all profits of the hotel were frozen by the court until proceedings were resolved. To this day they are still unresolved.

Between my divorce, my healthy issue, including two strokes, family squabbles, and a major move to another country in order to be close to my parents and family, the financial crisis, and my father’s heart condition cause me to spiral downward into a deep depression.

“Friends” online, started to supply me with ‘free’ gift cards for major department stores, and later offered them to me at 70% of the face value. (at the time I didn’t know they were purchased with stolen credit card information.) In order to meet my financial responsibilities and pay for my son’s private school and tutoring fees I started doing favors for these ‘online friends’ and other individuals for a fee, collecting and forwarding funds to the names my handlers would direct me to. I would also answer phone calls for their online business/website and send e-mails with attachments that were encrypted.  Those e-mail attachments were always encrypted, but in the end I knew what was in these e-mails: fraudulent credit card numbers.
This is the entirety of what I did specifically. I am not attempting to make excuses, but rather explain the reasons I believe led to my incarceration.

WHY I SHOULD RECEIVE CLEMENCY:

I have several reasons for requesting clemency, but I will mainly focus on areas of top priority, which of course is my family and friends who have been a great support system, which I believe is the basis of anyone re-starting their lives from the group up. During my incarcerations I’ve lost my beloved father and best friend, and would love to be able to go back home to Greece in time to see my ailing mother before she passes. I am 52 years old. Aside from losing my father, I’ve lost everything I ever worked for, including my only home the Government seized from me. I am eager to go home and work hard at building my life up again while I still have my health. Employment is not an issue as the Hotel is still in Business. There was a time when I was ashamed for being incarcerated. Now I’m not. Although I am regretful and embarrassed for the wrong I have done and especially sorry for the harm I caused, especially the pain I have cause Elias, my son. He has suffered greatly for my actions. At the time, I didn’t stop to think that what I was doing was wrong or that I could hurt someone, I was so absorbed in juggling so much around my life that I didn’t stop to think about the consequences of my actions. I fully accepted responsibility for what has happened, I allowed my deceptive tactics to continue when I realized that stolen credit cards were involved, instead of stopping my actions I allowed it to grow. An example of my commitment to positive behavior is reflected in my prison record. I have completed over 4000 hours of educational programming in administrative assistant apprenticeship as well as many other programs. All work evaluations in Unicor (Danbury) were ” Outstanding,”
I have currently served 10 years, (120 Months), I am a model prisoner, and am the ‘go-to’ person for Legal assistance and any other assistance or support other inmates may need. My present release date is November 2023. My personal characteristics demonstrate that recidivism is unlikely. I feel that my general and specific deterrence has been served.