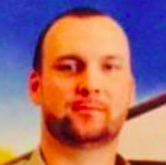 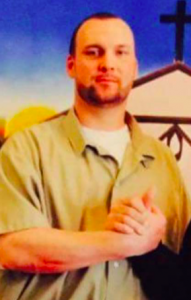 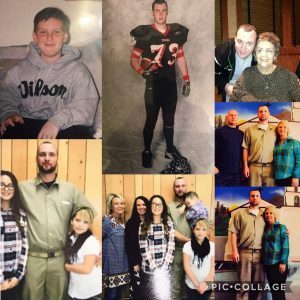 Courses Completed:  With Donald still so far from his release date the BOP doesn’t offer him classes as they would an inmate with only 5 years or less.  However, Donald has taken any classes they have offered to him which include:

The first thing I want to say is I am truly so sorry for the choices I made to land myself in prison, however my sentence of over 15 years for my role in a conspiracy to possess with the Intent to Distribute Marijuana is hefty.  I never dreamed when I went to court I would be given such a long sentence, my attorney didn’t fight for me even though he agreed my role in the enterprise didn’t deserve the lengthy federal minimum mandatory sentence.  I take total responsibility for the wrong choices I made in the past, and I will say coming to prison has made me have a different outlook on life.  I always tried to stay positive, enjoy life, and see the good in everything, the years I have spent in prison have made me realize how precious life is.  I was always so close with my children, my son was born only a few months before I was incarcerated.  Their mother left them 2 years after my incarceration, she claimed she couldn’t take raising them alone and chose, to take them to my mother and never look back.  It was a total shock especially since we had been together since high school, and had endured so much together already.  When their mom left them a couple of years ago it saddened me so much for my kids, not only was I gone, but now she was too.  It is unfortunate things ended up this way, but now I keep my
hope of getting out and having a chance to raise my kids.

When I return to society I have a job waiting for me working with my mother in her family business, I will work with my family and rebuild my life with my kids.  My long term goal is to use my CDL and drive Truck so I can make a good living and give back to society.   I would also like to mentor young men who are at risk of prison, because if I can help them from making mistakes that will destroy lives that is what I want to do.

“When Donald was arrested and given so many years for a marijuana charge it truly tore his family apart.  His girlfriend of over 13 years couldn’t take care of three kids alone, since Donald was such a big part of their lives, it put her over the edge.  His children have gone through so much loss the past 4 ½ years, not only did their mother leave them but the two girls ages 12 & 15 now live with me and the youngest age 4 lives with my daughter (Donald’s sister).  Although we are a very close family and the children see each other often the loss they suffered from losing their dad, mom, and then being separated from each other is more than any child should ever have to bare.  As his mother I can’t accept the length of time he was sentenced to being a reality in our lives.  The sentence was so lengthy the kids would all be adults when he gets released doesn’t even sound like it can be real.  A month in a child’s mind is a long time, 17 years is something they would not be able to even grasp.  I am asking please give Donald a second chance at life and time to help raise his children.  He is such a kind loving man, a great friend, and has always had a heart of gold.”