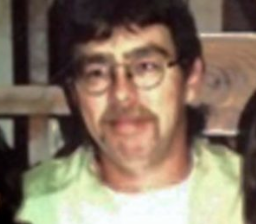 Talked to Joe Jackson today – he walked out of prison today, Sept 31st!!! Free At Last!

Got word from Joe’s daughter April that her dad was one out of 214 people to receive clemency! It’s been a long journey but the suffering is over! Let the healing begin!

Emails from Joe on Aug 3, the day he received clemency:   WELL, I KNOW YOU’VE HEARD BY NOW AND AGAIN I JUST WANT TO THANK YOU. ONCE I GET HOME AND GET SETTLED IN, ILL CALL YOU. I WANT TO DO ALL I CAN FOR THOSE STILL IN SO IM GONNA GET WITH YOU WHEN I GET HOME. THEYVE APPROVED ME FOR HOME CONFINEMENT SO ILL BE HOME IN A WK OR SO. LOVE YOU GAL AND THANKS FOR PUTTING UP WITH ME AND MINE. WE’RE GONNA BE THERE WITH YOU SO COUNT ME IN
SECOND EMAIL:
My Bestest Friends,  “NORA, (Callahan of November Coalition) I WANT YOU AND AMY TO KNOW, YALL ARE TWO OF THE MOST KIND HEARTED, BEAUTIFULL PEOPLE IVE EVER HAD THE PLEASURE OF KNOWING AND MY LIFE HAS BEEN BLESSED BY YOUR HARD WORK. CANT TELL YOU MORE THAN THAT RIGHT NOW BUT YOU WILL SOON FIGURE IT OUT. I LOVE YOU BOTH”

Joe Jackson was #5 on the Top 25 Men Who Deserve Clemency!

According to Joe, compliments of November Coalition

My name is Dicky Joe Jackson, and I’m serving a life sentence for conspiracy to possess and distribute methamphetamine. I transported some drugs to pay for my son’s bone marrow transplant to save his life. Debt forced me into this crime, though I swore that I would never let that happen.

I was in the trucking business, and had been all my life. My father owned a truck when I was born, and that’s all I ever knew was long distance hauling – produce, cattle and such. In November 1988, I was busted at a truck stop in Florida when a rat posing as a trucker asked to bum a pill from me. I was charged for possession of one-half gram of meth. In December 1989, I was busted for transporting over one kilogram of marijuana and that got me a year in the county jail, compliments of Tylertown, Miss. Shortly thereafter, I lost my truck due to attorney fees.

While I was in jail, my youngest son Cole was born with Wiskott Aldrich Syndrome. We had been paying

medical insurance for 7 years without a claim since my daughter was born. As soon as the bills for the cancer tests started rolling in, the insurance company began looking for ways to get out of paying them. Our insurance payments were being taken out of our checking account automatically. A year after my son was diagnosed with this disease, and it was determined that a bone marrow transplant was the only hope to save his life, the insurance company upped our monthly premium without notifying us. The automatic draft didn’t clear the bank because we were budgeted tight, so they dropped us. Before he was born, the insurance company had sent their drafts through the bank as many as 4 times in one month when our money was short. But their policy changed when they saw a $250,000 bone marrow transplant coming.

We didn’t qualify for government assistance because I made $20,000 a year. The hospital needed $100,000 in advance for the transplant, even though our daughter was a perfect match as a donor. We kept our faith in God strong, and through fund-raisers across the United States from movie stars, singers, songwriters and from the Children’s Cancer Society in Illinois, we raised $102.000. The transplant took ten weeks, and his mother and I would take turns on 24 hour shifts staying with him at the hospital until we were finally able to bring him home. But the transplant didn’t work and they wanted to do another one. We owed $200,000 in medical bills, but the hospital said they would work with us if we could keep making payments on the past due bills.

Then my dad died and my mom was stuck with no way to survive. Bills were coming in and he owed more money on his truck than it was worth. So I started driving my dad’s truck to help her out. That’s where my codefendant comes in, who was buying speed in California. He asked if he could ride to and fro with me. He said he would pay me good because he knew the situation with my son’s medical expenses, and that I was trying to support my mom, too. He rode back and forth once a month for about a year. One time I sold a half pound of speed for him, but the man I sold it to was undercover and was wired. My co-conspirator was busted and the feds wanted me to testify against him, but I wouldn’t, so he testified against me and said I was the ringleader. I got life in prison, and he got 10 years because he lied in front of the jury.

The thing that hurts me the most is that my older sister and younger brother we’re included in this also. At one time or another my little brother would make a trip for me when I was too tired to go. You see, the truck went to California every week with produce. But only once every month or so were drugs brought back. The government made it appear to the jury that the truck’s only purpose was to transport dope. Therefore, my brother who has never been in trouble in his life got the same sentence I got – life, because we wouldn’t snitch.

Over 40 people in our community wrote letters to the judge asking for leniency because they knew of our plight with Cole. I know that what I did was not right or legal, even in a life and death situation, as ours was. But in my 42 years of life, I have never harmed a soul, but I shouldn’t have trusted in myself, rather than in God, to help me through another very dark time. I know I deserve some time, but I shouldn’t be taken away from my family for the rest of my life. I thought my obligation to make ends meet was important. Please understand that my family is number one and I love them with all my heart, and they love me also. We don’t deserve to have our lives taken away from us and thrown in the trash because of a mistake.