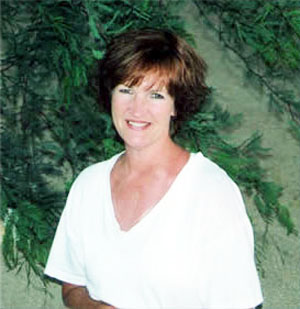 Debi Campbell is serving a 19-year, 7 month sentence for Conspiracy to Distribute Methamphetamine. Debi does not claim to be completely innocent, but she was not the participant that the government’s informant made her out to be and does not deserve the sentence she received.

Debi had no priors and was sentenced largely based on the self-serving testimony of a government informant who was given probation for her cooperation instead of a potential LIFE sentence for her own involvement in the conspiracy. To counter the informant’s perjured testimony, Debi testified on her own behalf at sentencing. The Judge enhanced her two points for “obstruction of justice” which added another 47 months to her already draconian sentence.

Debi’s sentencing Judge John McBryde was investigated by the 5th Circuit Court of Appeals in New Orleans and on September 1995, they imposed an unprecedented one-year suspension and a harsh reprimand for “intemperate, abusive, and intimidating” conduct.

During the trial, in 30 minutes of testimony, the informant said:

The informant also admitted that she:

The informant also contradicted her own statements regarding the amount of drugs involved and the particulars about how she met Debi and it was these contradictions that lead to her harsh and abusive sentence that was applied without any corroborating evidence.

Why Debi Campbell is requesting clemency

I have been incarcerated for almost 13 years and during this time I have not only focused on vocational and educational opportunities to better prepare for my release, but I have also taken programs focused on life skills and values that have helped me change the behavior that lead me to prison in the first place. I lost not only myself, but my children as well by allowing myself to be both manipulated and abused by someone who claimed to love me. I don’t know what happened to me back then, but I can say with certainty that I will never allow myself to be dependent on someone again. Nor will I make the same mistakes. I am now armed with knowledge, skills, and above all else, the confidence needed to make my life a success. My four young children that I left at a young age are now young adults. We have remained close throughout this ordeal and I pray for an opportunity to become actively involved in their lives. I’ve lost so much valuable time with them that I want to make every minute count in an effort to repair some of the hurt/damage that occurred during my absence.

Another factor is that I’m in my fifties now. I have earned a degree in Business Administration and I am working towards a higher degree in social science. need these coming years to gain security for my retirement years. I plan to continue my higher education while I work so I can advance my marketable skills.

Based on my rehabilitation success, the immediate needs of my children, my need and desire to help with America’s social problems and the opportunity to put my education to use as a productive member of society, I pray that you will consider me as a candidate for executive clemency and commute my remaining sentence to time served in which my release will serve the greater good.