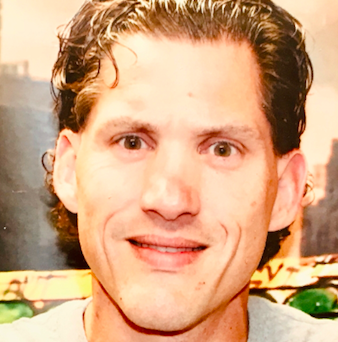 Name: Daniel Lynn Brown
Race: Caucasian
Marital Status: Widowed
Age: 43
Children: One Daughter
State Indicted: Iowa
Will release to: Council Bluffs Iowa
Trial or plead guilty: Plead Guilty
Charges: (Conspiracy to distribute Methamphetamine),(Possession with intent to distribute Methamphetamine) Possession of a firearm in furtherance of a drug trafficking X2 for a total of 4 counts.
Length of Sentence: 42.5 years
Time Served: 14 years
Started Sentence on: October 20th 2005
Release date: October 29th 2042
Priors: Ticket for Parking lot melee many were cited for simple assault (1994) Conspiracy to distribute Methamphetamine(1998) Ticket for theft of services vehicle was towed and didn’t know so thought it was stolen and removed it from the tow yard.
Forfeitures: Primary Residence $427,000 value
Prison Conduct: No infractions of any kind. No disciplinary incidents in 13.5 years of incarceration.
Clemency Status: Pending since 2011
Supporters: Sentencing Judge Ronald Longstaff, CAN-DO Foundation, Parents, Daughter, Sister, Two brothers, Grandparents, Christian Mentor, Best friend and Co-defendant
Institution: FCI Williamsburg in Salters SC
Accomplishments:
Daniel has completed over 6,000 program hours and was a top 10% wage earner before incarceration. Since his incarceration he has completed the following:
Residential drug treatment program “R.E.A.C.H”
The Pinnacle of all Bureau of Prison Residential Reentry programs
“Life Connections Program”
Graduated speaker and pictured with the Southeast Regional Director after delivering the graduate speech.
Employed in the Federal Prison Industry for 11 years as the head business office clerk, overseeing the accounting and payroll of 26 textile factories.
He worked as mentor and caregiver to some of the most mentally damaged inmates in the federal system coming out of the “Stages” program.
Worked and continues to work to eliminate suicide in the “Suicide Companion Cadre Program”,
Earned a Certified Personal Trainers license through NFPT, CPT#510187.
Runs a total wellness class.
Completed 4,150 hr “Office Management  Class”
SAP certified.
Kronos Certified and several other certifications in the class.
Tutored men for GED classes.
Teached NFPT curriculum to other inmates to obtain their license.
Liaison to staff in the L.E.A.D Program.
Facilitates several classes and writes curriculum for workshops titled ” Mission Possible”
Ran a Reentry Program ” Bridge The Gap”
Vice President of Education in the Toastmasters Gavel Club “Gentleman Of Change”
Voted to receive the masterpiece award for helping others in the program.
Health Issues: Complications from shattered leg in 2012 5 surgeries and more needed to correct doctors errors from first surgery

According to Daniel:
I was married to my high school sweetheart in 1997 and was blessed with my one and only child in 1999, a beautiful daughter. I was a successful businessman, a licensed real estate agent, and top salesman. I was an elder in my church and partner in a real estate investment company. My wife Christina was diagnosed with cancer and passed quickly. I suffered from post traumatic stress disorder (PTSD) from this experience and medicated with drugs and alcohol. By the age of 29 I was headed to prison for the very first time to serve 42.5 years for non-violent drug and gun charges.

I was arrested October 20th, 2005 on Drug Conspiracy and firearm charges. I accepted responsibility and plead guilty and was sentenced to 42.5 years. I was advised by my counsel that due to mitigating circumstances surrounding my wife’s death and mental health evaluation I would receive a 15 year sentence, Similar to the one my only co-defendant who was released in 2017 received. I was given mandatory sentences “Stacked” 924c for firearm sentences that has now been invalidated by congress, Yet I remain in prison.
Why I deserve Clemency:
I am not the mistakes of my past. I made a mistake when I relapsed after my wife’s death. This was my choice and I accept responsibility for this. However, I have served 14 years without incident in prison. I have paid my debt to society, Congress, My sentencing Judge even wrote a letter to the clemency attorney that he supports my release. I have never been in prison before. I have a proven track record for employment and prosocial behavior. I have learned about addiction and have remained clean and sober for 14 years. I pose no risk to the public and would be a contributing, law abiding citizen, where I would utilize my teaching and mentoring skills to enrich my community upon my release. I would be able to make amends for my behavior and apologize to my community through my actions.

Release plan:
Upon my release I will utilize my skill set  in office management and personal training in a wellness center. In this role I would train and mentor youth, provide GED tutoring and speak publicly as to the dangers of drug and alcohol abuse. The day of my release My mother and Father would pick me upthey have loved and supported me through my entire incarceration. I have a loving and supportive family and people in the community. I have saved money from my time working in the Prison industries. And will make a smooth transition into society. I have a mentor that was assigned to me through the Life connections program. I have many marketable skills and only require  a chance to showcase them.