Sign Craig Cesal’s change.org petition –
CAN-DO created a video of Craig’s daughter, Lauren talking about her dad, what a wonderful father he is, and why he should get clemency.

Congrats to Craig Cesal who was serving life for pot and is NOW HOME! 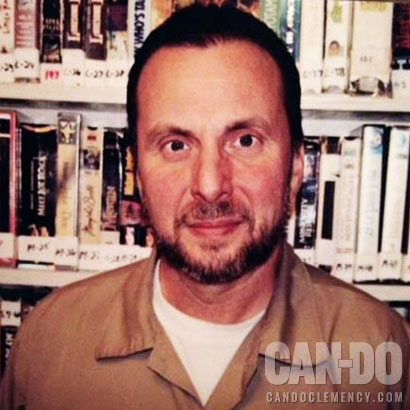 Name: Craig Cesal #52948-019
DOB: 9/13/1959
Age: 61
Children: Two, Lauren Cesal and Curtis Cesal
Offense: Conspiracy to possess, with intent to distribute marijuana Sentence: LIFE
Priors: None – (except for walking into a Bennigans with a beer – $150 fine) no convictions
Sentenced on: September 23, 2003 (Arrested March 23rd, 2002 and incarcerated ever since.)
Served: 17 years
Prison Conduct: good conduct
Clemency Status: Institution: Craig Cesal #52948-019 FCI Terre Haute P.O. Box 33 Terre Haute, IN 47808
Media:
The CAN-DO Foundation worked with The Young Turks on an Injustice series of mini-docs including one featuring the case of Craig Cesal.
Washington Post: He got life without parole for pot and was just denied clemency
According to Craig:
Location of crime: My business was based in the suburbs of Chicago, but I was charged in Gainesville, Georgia, near the South Carolina border and arrested pursuant to an arrest warrant. See: United States District Court for the Northern District of Georgia. 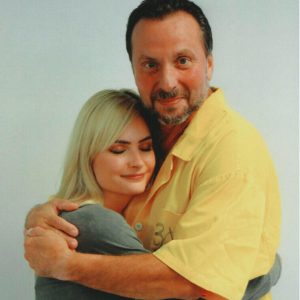 Craig with daughter Lauren
Case Summary: I owned a semi-truck towing and repair company near Chicago. I specialized in the repair of damaged refrigerated semi-trailers, as well as semi-tractors. I ran a body shop. When semis are used to smuggle from Mexico and beyond, drugs are secreted in the structure of the trailer. Once in the U.S., the inside of the trailer is torn apart, the contraband removed. Several leasing companies, as well as many trucking companies hired my company to retrieve and rebuild the rented trailers, and to return them to the rental fleet. When I went to retrieve a semi left in Georgia, I was arrested pursuant to a warrant. They said that I had joined into the marijuana conspiracy that the driver of the truck was in. And, that I had joined in the “conspiracy” of many, many, other trucks 23 years worth. I admitted that I retrieved and repaired trucks involved in smuggling and other acts, but denied my involvement in any marijuana conspiracy. According to Georgia authorities, I had joined the crime after it was complete. I still argue this. Since I retrieved many of the semis from law enforcement, they often requested me to help them catch drivers, I refused. Here I am.

Why Commutation should be granted: My offense conduct is limited to the repair of trucks damaged when marijuana had been smuggled within the structure of the truck, I never bought, sold, used, aided and abetted, nor participated in any marijuana activity; I only provided repair support for truck drivers who did so. If sentenced today I would reap the benefit of the BOOKER ruling, which would allow the Judge to sentence me to less than a LIFE TERM which was mandatory when I was sentenced. All my co-defendants are free and have been for over 4 years. Jurisprudence subsequent to my conviction has determined my conduct since it does not include a prospective agreement regarding marijuana activity is not criminal. Relevant courts have determined my guilty plea precludes relief in light of the new laws.

Education: Montini Catholic High School, Class of 1977; Illinois State University, Class of 1981. In prison, I completed a correspondence course in professional writing and a paralegal course which qualifies me as a legal assistant/paralegal.

Re-Entry plans:  If released, my daughter has invited me to stay at her three bedroom home where she lives alone with her husband. I have an offer to work for a State Farm Insurance Agency. Many people from my high school class, Montini ’77, are in touch via email and have offered assistance in reentry. SUPPORTERS for Craig Cesal, Serving Life for Pot: • CAN-DO Clemency – Life for Pot, ACLU, Freedom Grow 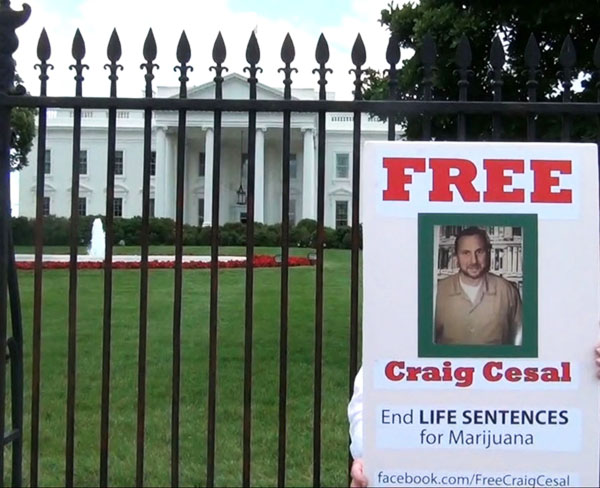 Craig was on the Clemency and Justice Reform Radiothon and due to the prison phone time limitation, was not able to finish, so here is the rest of the story: “The average sentence served in America for murder is 12.3 years….I have already served over 14 years and my daughter still awaits me.” Craig Cesal