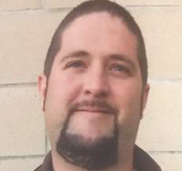 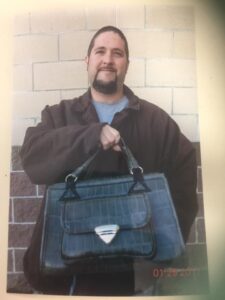 Chad Mouton #14244-035
Race: White
Married:  Yes
Age: 41 years old
Children: When married my wife had 2 daughters 2 and 3 yrs old. both in 20’s now. 2 step daughters.
State were I am from:  Louisiana.
Indicted: Louisiana
Will release to: My parents; Lake Charles LA 70605
Pled:  Guilty to 1 count of conspiracy, and 1 count of poss of a firearm by convicted felon
Length of sentence: 25 years (292 months) when everyone received 2 level reduction I received I only one level and it dropped my sentence to 22 years (262 months)
Time served: 13 years
Started sentence:  Nov 10th 2008, plus i have another 30 days credit from when my charges were state before i bailed out
Release date: To home confinement is October 2026
Priors 2 Minor marijuana priors both over 20 years old. I was careered on these which was immoral. neither of these priors could be valid today because of the first step act
Prison conduct: Very good I had a shot in 2015 for letting someone use my phone minutes I pled guilty. I had a shot in 2020 for not wearing a mask, I did not plea guilty and fought it all the way through since i wasn’t guilty of breaking a rule at that time
Clemency status: I have had one pending since June 2018 (clemency case # C278458) i filed another in December 2020. I had my mom check and it showed no new number then
Supporters Yes lots family, friends do i need to start doing something here to get anything ready? CAN-DO Foundation, Freedom Grow, Mission Green
Institution- lee county satellite camp (no fence)
Accomplishments- learned to do industrial sewing through Lamar collage in Texas. got job in unicor and excelled to the point to where i was made lead man of the section. worked unicor 60 months till i left there
Health Issues: BMI over 40 (42.6)

BRIEF SUMMARY OF HOW I LANDED IN PRISON
In 2006 I purchased a larger house in a better school district before my oldest step daughter was to start middle school. Money was tight but we were getting by. In 2007 with the financial down turn/recession my wife lost her job. I had spent all my savings getting new house (money down, updates). With the loss of that income i quickly came to the point where we were going to start losing our things. Under extreme financial pressure as a kid in my late 20’s I didn’t know what to do. I started selling meth to supplement my income. It was a situation that spiraled out of control. A year and a half later I was indicted as the last man on a conspiracy case.

WHY I DESERVE CLEMENCY
1 I was the last man on the conspiracy(smallest fish)
2 Even as the smallest fish i received 19.33 years more than the king pin for the same conspiracy charge. He has been out for years. i was sentenced to more time than anyone else. Everyone but maybe one person is out
3 When given the opportunity i worked Unicor for 60 months and saved all my pay entirely for release, so now I am well prepared for release
4 I have taken many educational programs. the latest is the commercial driver’s license (CDL). i tested and received CDL permit on 6-11-21. hopefully in a month or so i will be brought to be tested and have my full class A CDL
5 Recently I have suffered through extreme lockdowns for Covid. It has been a very rough time
6 Because of some of the common sense law changes / first step act
the fact that if sentenced today my minor marijuana priors could not be used to 841 enhance me. A guideline sentence for me today is 151 months. I have more than finished that 151 months sentence(the sentence deemed warranted by congress for the crimes i committed) i have done 3 years over what a legal guideline sentence for me today would be (under modern law)