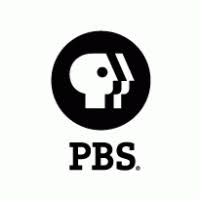 Catherine Toney has been profiled on the CAN-DO website for many years. We thought she would get clemency from the Obama administration because she not only met all the criteria of the Clemency Project 2014, she was assigned a CP14 attorney from Duke University who filed her petition, but sadly, she never received a response to her pending petition, which was still pending at the Office of the Pardon Attorney until she was set free by legislation that many criminal justice reform organizations fought hard to get passed in 2018.

Her big surprise came as a surprise in an immediate release due to the First Step Act that was signed into law by President Trump on December 21, 2018. On February 1, 2019 she was called out of her “resume class” to go see her case manager. When she was told she was going home, her legs buckled. Her sentence had been reduced from 240 months to ? months which means she had served over ? years

Catherine, her daughter Brandy and her granddaughter Channon were invited to D.C. to meet with lawmakers on Capitol Hill and later with Jared Kushner in the West Wing of the White House. The criminal justice reform organization, #Cut50 made arrangements for everyone, including CAN-DO’s Amy Ralston to travel to DC . The highlight of the trip occurred when President Trump addressed the attendees of Black History Month and had Catherine Toney and her family come on stage so he could introduce Catherine as the first female to receive an immediate release due to The First Step Act! Catherine made everyone extremely proud when she stepped to the mic and thanked everyone who helped reunite her with her family!