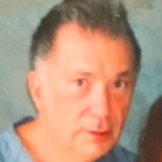 Back Story:
Mr. Anthony S. Viola, (hereinafter, “Mr. Viola”), is serving life imprisonment for a first-time non-violent offense. There is no parole in the federal system, so Mr. Viola is set to die in prison. As the Supreme Court has noted “life without parole is ‘the second most severe penalty permitted by law.” Graham v. Florida, 130 S. Ct. 2011, 2027 (2010). (quoting Harmelin v. Michigan, 501 U.S. 957, 1001 (opinion of Kennedy, J.)). Life without parole translates to “denial of hope”; it means that good behavior and character improvement are immaterial; it means that whatever the future might hold in store for the mind and spirit of the convict, he will remain in prison for the rest of his days. A sentence of life without parole is an even harsher sentence for a person with a family, leaving behind a wife and young children. Society may have given up on Mr. Viola, but luckily, he did not give up on himself. His family did not give up on him. Mr. Viola has used his incarceration to rehabilitate himself. He is deserving of a second chance.

Mr. Viola was born in New York, on August 17, 1942, and at the age of 48 years old, he was charged with a crime. For nearly 30 years he has woken up daily facing the grim reality of dying in prison. He is currently 78 years old and eager to reunite with his wife and three children. The President has the authority to grant Mr. Viola clemency and to restore fairness to many individuals like Mr. Viola who are deserving of a second chance at life.

Mr. Viola is asking for a commutation of his sentence; he would like to spend what life he has left outside the prison walls with his family. He is an ideal candidate for clemency because, he is 78 years old, he has served nearly 30 years in prison and he is extremely unlikely to recidivate. The recidivism rate for someone older than 60 at the time of their release is a “scant 3 %.”

Mr. Viola had a difficult childhood, effectively raising himself without the support from others. His parents separated when he was only nine years old, he spent several years moving back and forth between Manhattan and the Bronx. During this time, Mr. Viola was left to take care of himself. He stopped attending school after the eighth grade. Eventually, at age 16, Mr. Viola left his family. A few years later, he joined the National Maritime Union to work as a chef onboard passenger ship. At age 22, he met his wife and had three children before beginning a successful coffee roasting business. Mr. Viola remains married to his wife, who supported him throughout the trial for his offense and still supports him to this day, despite her deteriorating health. Mr. Viola is also close to his children, whom have remained in contact with him throughout his incarceration. Mr. Viola has a great support system; he is eager to reunite with his wife and children. He anticipates working with his son in their family business.

Re-Entry Information
Mr. Viola, if granted clemency, will reside with his wife, Anna and son Anthony Viola Jr., at their residence in Brooklyn, New York. Mr. Viola also expects to work with his son, who is currently managing the family real estate business.

Medical Conditions:
Mr. Viola is seeking clemency because of his excessive sentence as well as his medical conditions. Mr. Viola is 78 years old, has a cardiac condition with pacemaker, 3 joint replacements, a prostatectomy based on cancer, and recently, it has been determined he has brain tissue leakage which is causing him to fall. Mr. Viola has COPD and is experiencing blindness. In addition, his wife has inoperable brain aneurism.

Release Plan:  If President Trump finds Anthony worthy of his mercy, and grants his clemency petition he will live with his wife, son and family in Brooklyn, New York. He plans to spend time with his children and grandchildren. He will assist his son with their family business which is successful and capable of supporting them all.