The Edge starts with a 10 minute blast of politics from political analyst and journalist Michael Shure talking with well known news caster and radio personality, Mark Thompson; a daily voice in Los Angeles on the most listened to talk radio station in the country, KFI AM 640 (available on the I heart radio app and at KFI AM640.com)

Before that, Mark Thompson spent 30 years on-air as a nightly fixture in the TV news business.  Amy Povah was a guest on Mark’s show The Edge, which aired on July 11th, 2016.  The headline reads that Amy got 20 years, but the written text accurately states she received 24 years. Listen to the interview: 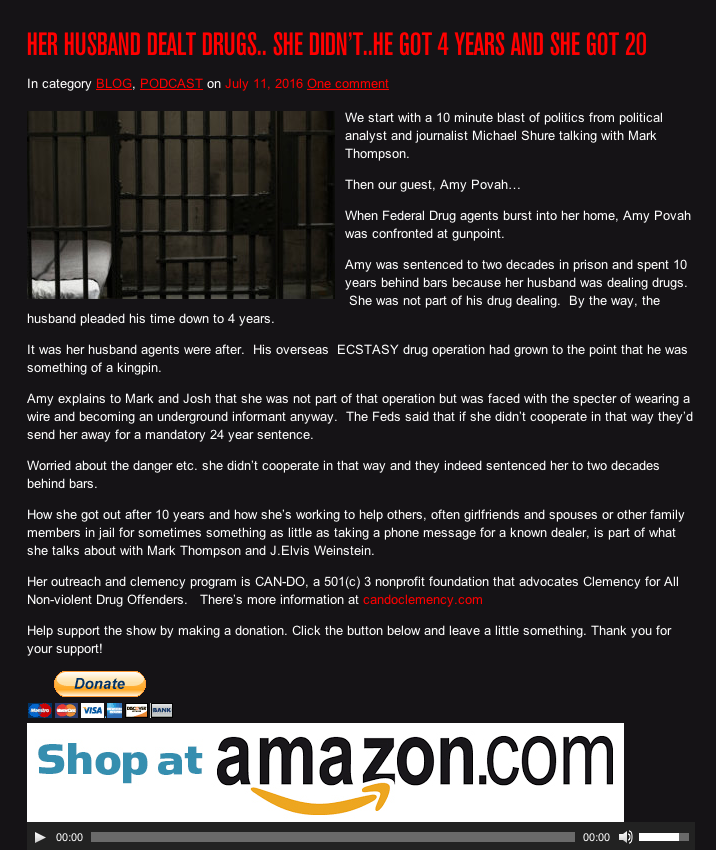