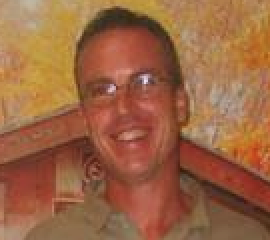 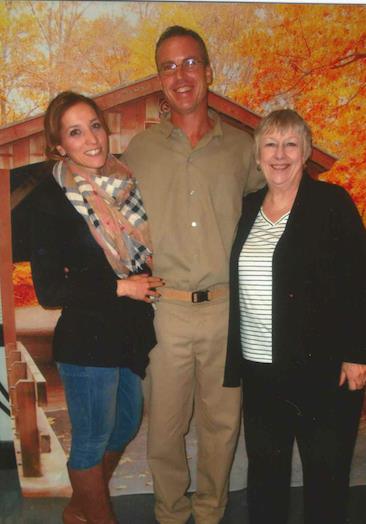 Congrats to Adam Clausen and his family.
Please sign Adam’s Change.org Petition
Name: Adam B. Clausen #54213-066
DOB: 11/29/1975
Race: White
Marital: Engaged to the most beautiful woman, inside and out.
Age: 44
Children: None
Grandchildren: None
Charges: Hobbs Act Robbery and 924(c) Use of a Firearm
Sentence: 213 YEARS
Served to Date: 20 years
Started Sentence On: 2/26/2000
Priors: See PSR for details – Burglary and Robbery Offenses Consolidated into a 9 year term in NJ state prison. Served 3 and half years. (Age 18-21) Was on state parole at time of current arrest. (age 24)
Prison Conduct: See Inmate Skills Development Plan for details – 15+ years “incident free” (since 2003)
Clemency Status: Withdrawn due to litigation pending since 2016

Accomplishments:
– Certified Life Coach from the Institute for Life Coach Training
-Certified Offender Workforce Development Specialist (OWDS) by the National Institute of Corrections (NIC)
– Graduate of the first ever life coach training program inside a correctional facility
– Coordinator and Facilitator of that Life Coach Training Program
– Creator and Facilitator of “The Hope Coaching Project” peer-to-peer coaching program and training curriculum
– Certified Nautilus Fitness Coach
– Creator and Facilitator of a Group Trainer Apprenticeship and Certification Course through the NCCPT
– Certified Schwinn Indoor Spinning Instructor
– 16 years Group Fitness Program Creator and Instructor
– 6 years Life Coach Training & Cognitive Behavioral Awareness Curricula Creator and Program Facilitator
– FCI McKean Reentry Council and Reentry Team Member
– Coordinator and Presenter for the “FCI McKean Reentry Summit 2016”
– Coordinator and Presenter for the “FCI McKean Reentry Summit 2017″– Presenter at the first ever “FCI McKean Reentry Summit 2016”
– Co-Creator of the “Peer Facilitated Learning Model,” which we presented at the 2015 National Conference on Higher Education in Prisons at the University of Pittsburgh, during the first ever live video conference feed from inmates inside a federal facility
– Co-Creator and Co-Facilitator of the University of Pittsburgh @ Bradford sponsored “Victim Impact Course” with Dr. Tony Gaskew
…and many more accomplishments related to my interpersonal development that has greatly impacted all of my relationships with family, friends, and associates.

If you were to meet me today you would have great difficulty envisioning me as the young, desperate, homeless addict I was back in February 2000 when I embarked on a two and a half week long robbery spree. And as embarrassing as it is for me to now admit those sad facts about my old self, they are essential elements of my truth. Over the course of just twenty days I committed nine separate robberies with various co-defendants and used a firearm to facilitate each one. It was one terrible mistake after another that piled up to a mountain of remorse and regret which still towers over me all these years later. I wish I had known back then that the pain of discipline weighs only ounces, but regret weighs tons.

If granted a commutation of sentence I will capitalize on my opportunity to inspire infinitely more people to become their best selves, regardless of their circumstances. Throughout my earlier years of incarceration I was able to serve my community as a Nautilus fitness coach and helped my peers transform both their bodies and minds. My “work” was incredibly rewarding on an individual basis but I always aspired to have a far greater impact on my community as a whole. Then a few years ago I was invited to participate in the very first prison-based life coach training program and given the tools to help people transform their entire lives. As a certified coach for the Institute for Life Coach Training I helped many of my peers develop comprehensive life plans that ultimately altered the course of not only their own lives, but the lives of their entire family. And most recently, serving as a mentor coach and training program facilitator, I’ve had the privilege of cultivating leaders within this community and equipping them with the enhanced interpersonal skills of life coaches. Together we’ve begun to positively impact and transform entire communities both inside and outside of prison. 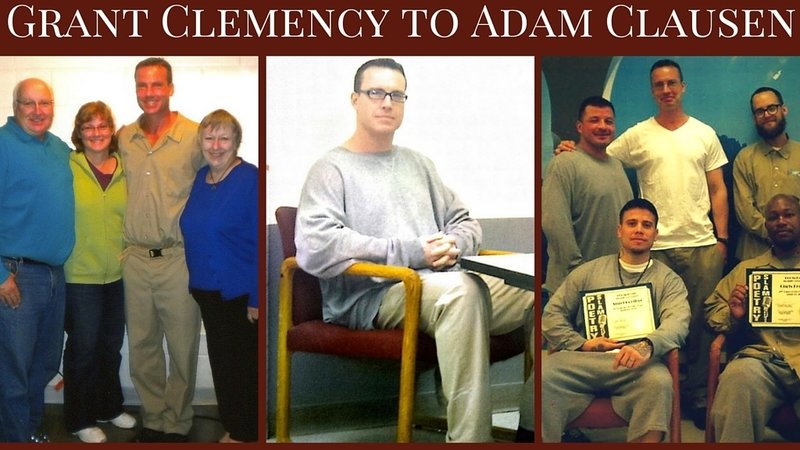 The truth is prison afforded me the time and space I needed to become my best self, and now I want to serve as a model of success for all those who choose to follow in my footsteps Ideally, after my release I would like to frequently return to prison as a guest speaker or trainer so both incarcerated individuals and prison staff can see what success looks like and begin to realize the potential that resides within every single one of us. I feel incredibly fortunate to have known educators, administrators, family members, friends and mentors who consistently encouraged my growth, validated my self-worth, and celebrated my successes throughout my 18 plus years of incarceration. Without their unyielding faith, love, and support, as well as that of my trusted peers, I would not be the person I am today. To every single one of them I am eternally grateful.

A commutation of sentence at this stage of my life would still allow me to fulfill my life’s purpose and restore my family. At forty years of age, I am eager to succeed outside prison and give both my parents a reason to be proud of their only child while they are still alive. I would also like to: marry my significant other who has stood by my side for seven years, have two beautiful babies, adopt two rescue dogs, and settle into a home of our own while we continue our life’s work together. She and I are both fully committed to providing ex-offenders and their families all the support they need to break the cycle of recidivism. She is the founder and currently serves as the Executive Director of the 501(c)(3) Strong Prison Wives & Families, where I am also a contributor, and I look forward upon my release to serving more actively with her organization as well as with at least two other 501(c)(3)s, Hope For Prisoners and Altering Courses, where I am currently serving as an adviser.
All I need is a chance to prove what I am capable of while living as my best self outside of prison. A substantial number of prominent people have expressed their unwavering belief in my ability to succeed, and have provided written statements in support of this petition. I cannot and will not let them, nor anyone else who has put their faith and trust in me, down. I pray that you grant me the opportunity to bring my vision to fruition and allow all those who believe in me to see what my success looks like. Thank you.
Adam Clausen
www.HelpFreeAdam.com