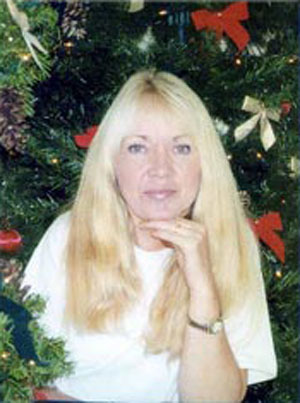 I was a drug addict and I sold drugs to support my habit. I would obtain drugs and use them all day long and sell the balance of what was left in order to replenish my supply. Although I admittedly sold drugs, I did not do it for monetary gain nor did I move large volumes of drugs because I wanted it for myself. I deserved to go to prison and in hindsight I am even thankful that I was arrested. In reality, my arrest rescued me from a horrible addiction. I was so addicted that I spent all my energy getting more drugs to feed my habit. My logic was so irrational and driven by the addiction that I justified that it was better to sell the drugs rather than my body. I was one of 19 co-defendants, all of whom received from 4 months to 11 years. Many of my codefendants had prior convictions that even included violence. I received the longest sentence (292 months) of anyone in my case. I did not do all that was exaggerated by my codefendants who were trying to curry favor with the prosecution in exchange for a lighter sentence. Although I too pled guilty, I didn’t have any key information and those at the bottom of the barrel always get the longest sentences. In response to my 2255 motion, the magistrate stated, “the first to squeal gets the deal.”

I am seeking commutation of my sentence because I know that I can be a productive member of society instead of a menace. I was a menace to both society and myself.

I have letters from all walks of life in support of my release, including the Mayor of my town stating that I am welcome back with open arms. I needed help to overcome my addiction, and in that respect, my arrest contributed to achieving that essential goal, but I do not deserve 24 years. If the drug war is being fought/justified to prevent lives, like mine and so many others, from being destroyed through addiction, it would make sense that when people fall prey to addiction, they should not have their lives conversely destroyed by mandating a 20 year – life sentence. I do, however, believe that I deserved to be punished. But, let the “time fit the crime.”

In 2000, I was diagnosed with cancer. I was not able to receive treatment for my cancer for 6 months so the cancer spread to other areas and I was immediately flown to federal medical facility in Carswell, Texas to endure chemo, radiation and radium seeks implants (brachytherapy.) I endured all this while chained to a bed, all alone and frightened. No one can imagine what this does to a person. I now value every moment and I’m thankful to be alive every day. I have many long-term side-effects due to extensive nuclear medicine that my body endured. The odds are not in my favor that the cancer will remain in remission. There is always a high risk that it will return elsewhere. I don’t want to die in prison and have worked extremely hard to better myself.

I received a paralegal diploma and I am on the Warden’s advisory committee. I have been a law clerk since 1998. I designed and teach an Adult Continuing Education course on “How to use the Law Library.” I have earned the respect of the staff and inmates during my incarceration and I have remained incident free.

In the event I receive clemency I have a wonderful support group waiting to help me rebuild my life. I will live with my mother and father who fortunately are still healthy and have stood by me throughout this horrible nightmare.