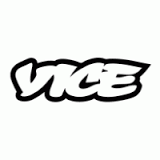 Thanks in part to our CAN-DO survey, Vice wanted more information and went digging for the truth about BOP’s failure to comply with their own operations memo to provide free feminine hygiene products to prisoners, as promised. 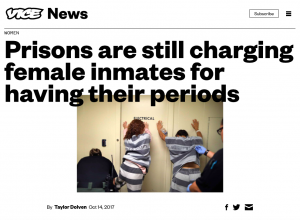 Two and a half months after guaranteeing free feminine hygiene products for female inmates, the Federal Bureau of Prisons is still making women pay for tampons, pads, and panty liners.

Every woman in federal custody is guaranteed tampons, pads, and panty liners free of charge, according to a new policy established Aug. 1, 2017. But female inmates and advocates tell VICE News that facilities across the country are still not complying.

Inmates at another eight federal prisons in West Virginia, Texas, Florida, Illinois, California, and Arizona reported they are still having to pay for feminine hygiene products, according to the National Council for Incarcerated and Formerly Incarcerated Women and Girls and the CAN-DO Foundation.

Amy Povah, director of the CAN-DO Foundation and a former federal inmate herself, said these products are incredibly expensive for inmates who have extremely low-paying prison jobs — around $8 per box.

“Tampons is an unbelievable luxury that most women can’t buy,” she said. “Tampons, pads, panty liners for menstruation cycle — that should be something that’s a basic function that everyone is provided with, like toilet paper.”

The Bureau of Prisons and 11 of the facilities identified as not in compliance did not respond to repeated requests for comment Friday. A spokesperson for the federal prison in Phoenix, Arizona said they have purchased the products and are preparing to make them available.

“This is unacceptable,” said Sen. Booker in a statement to VICE News. “As I said back in August when the Bureau of Prisons issued its memo, these guidelines are simply words on a piece of paper unless they’re followed by concrete action. It seems the Bureau of Prisons is not properly implementing these guidelines across all prisons and I plan to follow up with them directly to get an answer why.”