Victoria Law, a reporter for Truthout.org has written another exceptional article about clemency and interviewed several of the CAN-DO/Crack Open the Door Guardian Angels who are assisting clemency applicants. 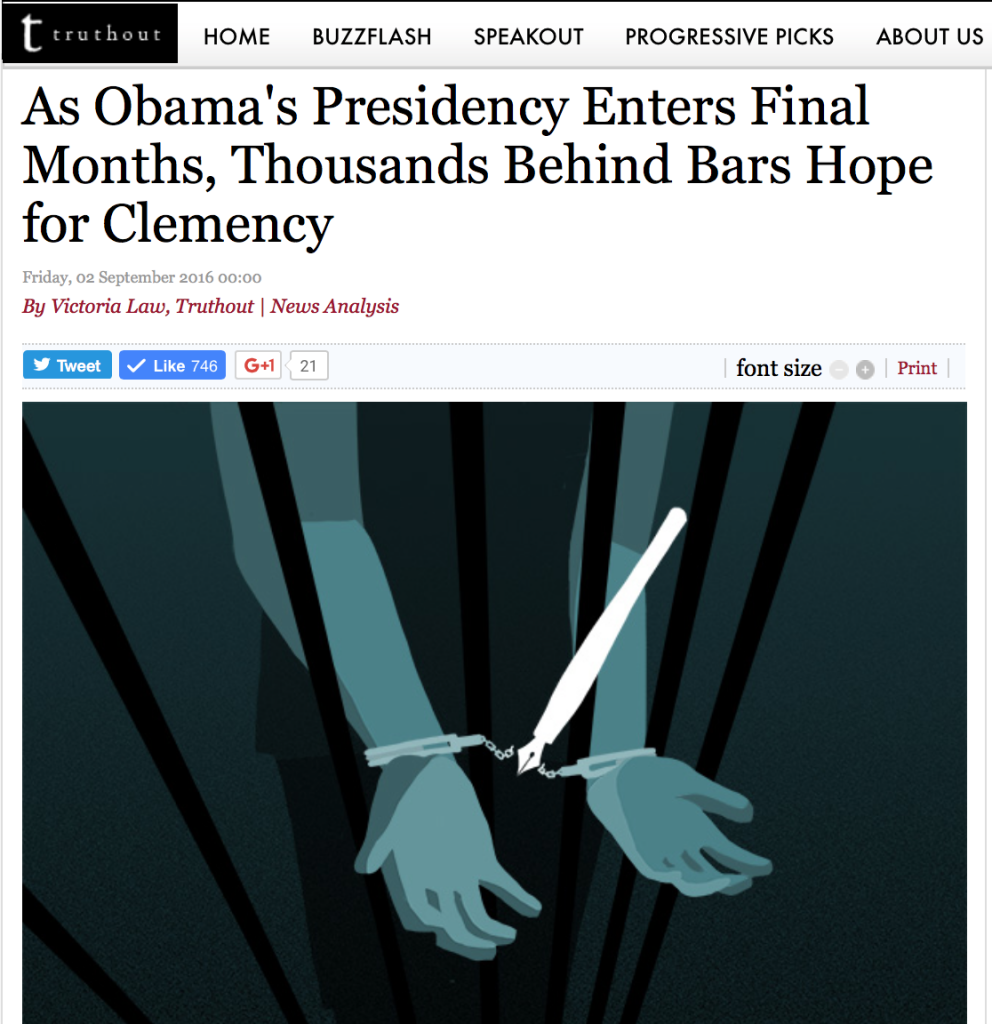 “I don’t understand the logic of the denials,” said Amy Povah, founder and president of CAN-DO Clemency, a national organization that advocates for clemency for people convicted of drug offenses. Issuing denials means that the president no longer has the option to grant that person clemency before leaving office, effectively leaving many to die in prison.

Povah knows what it’s like to hope and wait and pray for executive clemency. In 1991, Povah was sentenced to 24 years and four months in prison for conspiracy related to her then-husband’s ecstasy dealing. (In contrast, her husband fully cooperated with the authorities and was sentenced to six years in a German prison. He served four years and three months.) She applied for clemency. In July 2000, Povah was called into her case manager’s office and was told that she was going home. She had received clemency.

But she remembers another visit to her case manager’s office months before. On Christmas Eve 1999, Povah was sitting on her bunk. Prison staff had already passed out its Christmas goodie bags — each woman received a pair of socks and sticky candy without a wrapper, some of which, Povah remembered, was stuck to the sock. Then she heard her name over the prison loudspeaker ordering her to an administrative office.

“I thought, Omigod, this is it. Why else would someone call me on Christmas Eve?” She remembered that her legs were shaking so hard that she barely made it across the lobby to her case manager’s office. Hands trembling, she pushed open the door and found not her case manager but a staff person from commissary who wanted her to sign off on a special purchase she had made.

Seven months later, when the prison’s loudspeaker called her name again, she refused to get her hopes up. “In fact, I figured they were going to ship me to another institution or that it must be bad news ’cause that’s all we used to get in there: more bad news, never happy news.” But this time it was happy news. Povah would soon be going home.