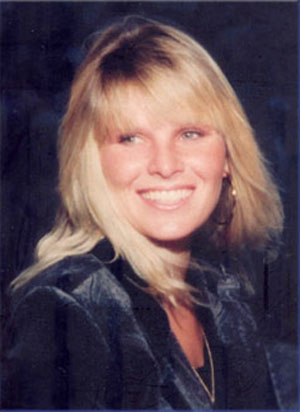 Stephanie Nelson served a 16-year sentence for one count of “Aiding and Abetting” related to the distribution of Methamphetamine. Stephanie was initially introduced to cocaine when she was 13. At 19 she had a heart attack from freebasing cocaine.

For approximately one year, Stephanie was the girlfriend of “Chito,”a major dealer of meth, which Stephanie was using when they met. She had no influence over his drug dealing and never sold any drugs. At one point, Chito asked Stephanie whether a couple of her friends were “trustworthy” and she said yes. Without telling her why he’d asked, he approached these individuals about selling drugs, which they were agreed to do. When Chito “debriefed” and stated that he’d met these people through Stephanie, she was labeled a “recruiter” by the government.

Stephanie tried to escape from her relationship with Chito, but he found her and beat her on numerous occasions. The Judge awarded Stephanie a two-point reduction from the guidelines (the greatest amount possible) for Battered Woman Syndrome. Additional medical records that could not be accessed from Mexico established that Stephanie’s nose had been broken twice, a few months prior to their arrest. Because Chito has a bad record while incarcerated, his good days were taken away. Regardless, he is now free while Stephanie remains in prison. Stephanie filed a clemency petition with the Pardon’s Office, which is still pending.

Why Stephanie Nelson is requesting clemency

When I was eight years old, my parents divorced and I lived with my father, who traveled a lot, hence there was not much supervision. When I was 13, my best friend, Patti, and I cleaned houses together for extra money. One day, we were cleaning a neighbor’s house when their brother-in-law stopped by. He offered us a job cleaning his house and paid us generously. When people came over, they would go into a separate room for privacy. It wasn’t long before we realized that he was a big time drug dealer. Back then, there was less information regarding drugs and no one had warned me about drug addiction. I was13 when “Lou” offered us our first “hit” of coke. He acted so fatherly and explained that under his supervision, it was okay to experiment with drugs as long as we didn’t do too much. He said it would make housecleaning fun. We promised never to divulge this secret and I was flattered that he trusted me. As soon as school was out, we’d go over to Lou’s. I kept my grades up and as long as the house was tidy my father never seemed to notice what I did with my spare time or that my behavior was beginning to change.

Although I wasn’t in any trouble, yet, by 15 I was completely hooked on cocaine and when I was 17, I learned to “freebase.” By 19, I had a heart attack from freebasing cocaine. Some friends sped to the hospital and threw me out in front of the emergency room, then fled. I was on a respirator when I gained consciousness. A few days later, I “unofficially” left the hospital and hitchhiked to Lou’s so I could get high. I was hooked beyond control and started having drug-induced seizures that scared me so bad I got off the cocaine and turned to alcohol. I was drowning in alcohol, got two DUIs and spent six months in jail. I vowed to get my life in order, so when I got out, I worked for my dad who owned rental property. I was still battling alcoholism when someone introduced me to methamphetamine. I was a textbook case of an addict that was avoiding one addiction by substituting it with another. This new drug made me forget about the alcohol and the misery that I had locked inside my soul for many years due to my parent’s divorce. I was purchasing drugs from my dealer when I met “Chito” – my dealer’s supplier.

Within a month he moved into my apartment. By the second month, he was insanely jealous and that’s when the beatings began. He hit me so hard the first time I was knocked unconscious. When I tried to get rid of him or run, he would find me and beat me. I had to quit my job when he fractured my collarbone. The worst part is that I put up with it because I was hooked on meth, which he supplied. Eventually, the feds showed up and seized two cars that Chito had put in my name. Since I’d never sold drugs, I didn’t realize the severity of risk or that I could be held responsible for Chito’s drug dealing. Drug users and dealers had been a part of my world since I was 13, due to my addiction.

I want more than anything to be reunited with my family and to see my cat, Sharky, before he dies. I have matured a lot during my incarceration and my family visits often. Ironically, we have grown through this experience. I know I have a bright and lucrative future in front of me and I pray the President will consider me wothy of a second chance.