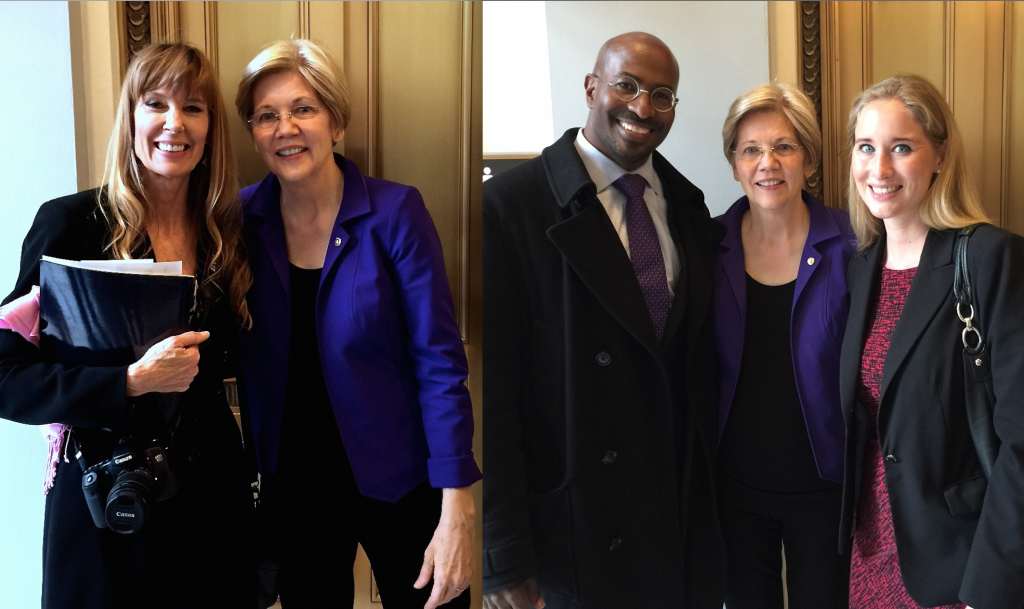 On April 28th, Amy Povah of CAN-DO joined ranks with members of other organizations, including The Leadership Conference, ACLU and #cut50; an initiative of Van Jones’ Dream Corps.  Together they walked the halls of Capitol Hill and stumbled upon Senator Elizabeth Warren of Massachusetts.  Van Jones explained to Senator Warren that we were there to meet with select members of the House and Senate to determine whether they would be voting in favor of the Sentencing Reform and Corrections Act of 2015.  Our mission was to convince those who were still undecided why this legislation is so critical and should be passed, post haste!  We can’t afford to wait another year; people are needlessly suffering every day they remain behind bars for a non-violent drug offense that has already claimed too many years of what could be a productive life, if certain prisoners were simply given another chance.

Senator Warren assured us she would help champion this legislation “every step of the way,” expressing her devotion to such an important cause.   Thank you, Senator Warren for your determination to do what is right and equitable for American citizens, who deserve both compassion and respect. 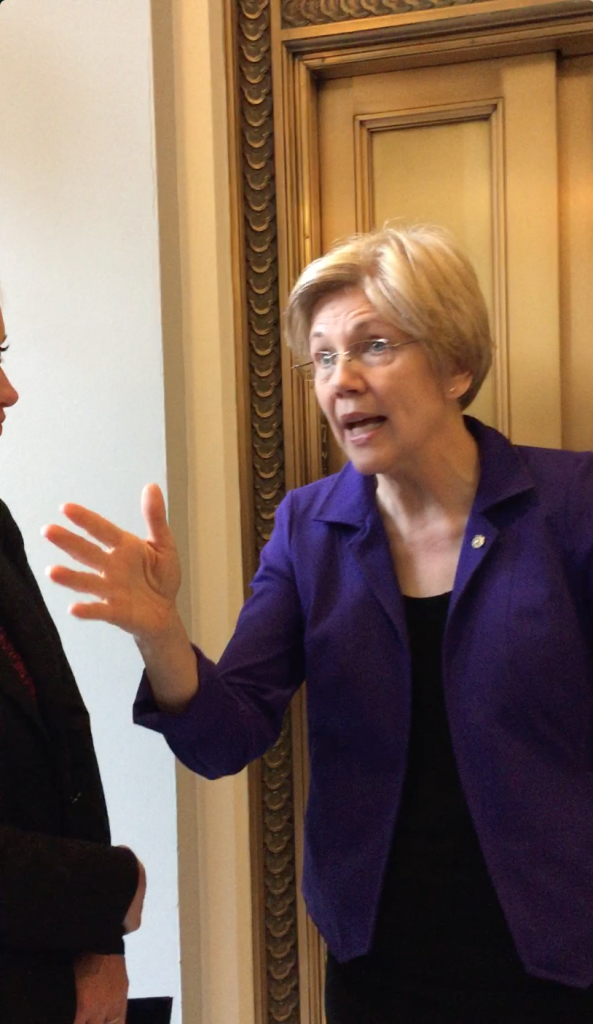 Watch Sen. Warren’s pep talk on the Fair Sentencing and Corrections Act of 2015

Amy Povah was teamed with Jessica Jackson and Alex Gudich of #cut50, and Actor Matt McGorry who starred in Orange is the New Black and is currently on the TV Series How to Get Away with Murder.  Together, they met with House Majority Whip Steve Scalisi (R) Louisiana to discuss the importance of the Fair Sentencing Act of 2015.  It was refreshing to hear that Scalisi supports this legislation.