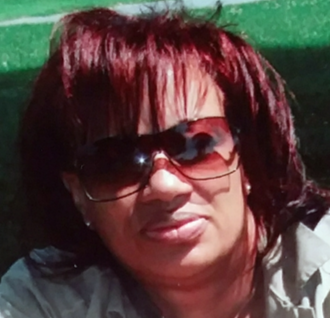 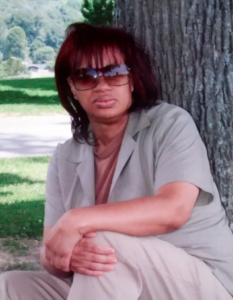 After meeting over 54 different nationalities at Danbury, cultures, traditions, religion became quite interesting to Santra.  She traveled through religious services to learn about all religions, hoping to acquire the knowledge and respect of each because, she believes each path leads back to God.

In the last 20 years I have lost my mother, and in 2017 I lost one daughter, Maghan who suffered from cerebral palsy.  This was the worst part of my punishment, because it cuts deep into the layers of your soul when you can’t be there for someone you love when they are ill and/or on their deathbed.

The majority of my time was invested in learning the law. Knowing I wouldn’t be able to afford an attorney. I also took Business Management Classes along with pretty much all other classes being offered.  My goal was to get home to my daughters because my parents were elderly. At times I felt like I was going crazy being separated from parents and my children, the reality was while my demeanor said I was happy and kept a positive attitude, I was so sad inside. Two prisoners, Cheryl Ward and Yvette Eastwood would always encourage me by saying, “Santra you are going home, you’re not going to do that time!”  I held on to those voices when I was down and out because they believed in what I was hoping and fighting for. The times I would file motions and be denied by the court, I would believe that I wasn’t going to make it home. I have a love for doing law work…having learned to understand law while working on my own case it was only fitting that I help the other women also. I have helped with criminal, civil, family law and even tax court. I studied and learned every type of law, from Common Law, Bankruptcy Court, Civil law, Criminal Law, Maritime/Admiralty Law, Tax court, Family court, International Law.   I have helped prisoners with Child Support cases, Restitution and Deportation.  I learned the law from watching Cheryl Ward, Vicki Rosepiler and Karen Bivens when they were the Law Library Clerks.  I would borrow Vicki’s paralegal books and any used law books to study from because I could not afford the course.  At a later date, I took Black Stone’s Law Studies.

If I’m granted Clemency I hope to raise enough money to open a carry-out restaurant because I’m a great cook and I miss cooking. I want to cook up a storm when I come home.  I took culinary classes at FCI Danbury and we specialized in bakery goods.  I want to love my daughter, Kyndia, unconditionally; to go shopping together, to become a giant in my families eyes, and heal the pain of separation for the past 20 years.  Clemency is an opportunity to live my life in such a way that is remarkable, so I can prove to myself and society that I deserve a second chance. I want to create a life where my remarkable character can be shining through at all times and that the power God is made manifest through me. I will also be speaking publicly about issues related to women in prison.