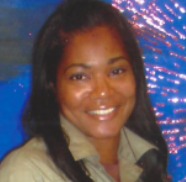 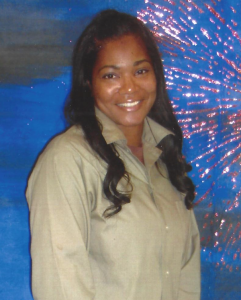 We are happy the BOP released Rashundria Burkes to home confinement for her safety! We are still pursuing #Clemency but gain comfort that she is safe at home with her family!
Sign Rashundria Burkes change.org petition seeking clemency.

Name: Rashundria J. Burkes #33305-279
D.O. B. 6/29/75
Children: None
Race: African American
Lived prior to indictment: Texas
Tried: South Carolina
Charges: Originally arrested and charged with Trafficking Cocaine : Count 1 ( 400 grams or more)
Plea: Burkes pled guilty to an unnumbered , unfiled accusation from the arrest of December 12, 2005 to one -count (28 grams or more)
Sentenced: In October 2006 (as first offender) to 10  years confinement in a Georgia State Prison
Served: 3 years 6 months (10/23/2006 to 3/24/2010). Burkes was paroled and returned home.  33 days later she was re-arrested and charged in a Federal indictment stemming from her state case ( December 12, 2005) and conduct. The state case is the basis of the instant offense since the feds picked it up.
Priors: we consider this to be her 1st offense since state case is the basis for the federal case.
Federal Charges: Conspiracy to Possess w/intent to distribute Cocaine/ 21 U.S.C.841(b) (1) (A)-
date offense conclude: June 16,2010.
A plea of guilty as to Count 1 was entered on 2/8/11 pursuant to a plea agreement.
Federal sentence: 15 years 6 months
Amended sentence: June /2015 , Burkes received an amended sentence reduction of 151 months in June/2015, due to Drugs Minus 2. 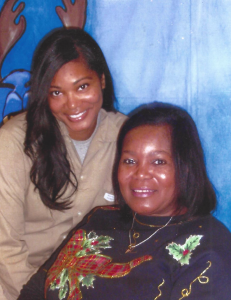 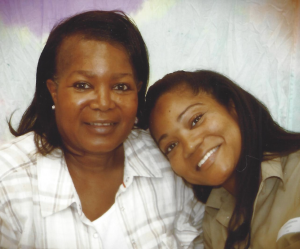 I am truly sorry for the many lives/families, including my own affected by my poor choice to traffic cocaine. Everyday, I live with the terrible regret of dating someone involved in a drug ring unbeknownst to me at the time, agreeing to drive a vehicle without full details and the harm I may unintentionally caused. I sincerely, apologize for assisting dealers as mule to manipulate the system. I pray you will forgive me.

I grew up in a loving two parent home with hard working, middle class, law abiding citizens. I still had obstacles and battles I faced. While attending “Smiley High School” I was teased due to transferring from a predominately white school. I struggled with acceptance. The teasing increased when our home burned down, leaving us homeless and with only the clothes on our back. My parent’s separated shortly after the house fire. After high school and transitioning to college, my brother landed in Federal Prison,sentenced to more years than he had lived for conspiracy. The compiled stress of constant heartache caused my mother to mentally shut down. As a result, I believe a mother’s love for her first born, added with disbelief, topped with unbearable pain and grief is what caused her to refuse to leave the steps of Mobile, Alabama County Jail after his sentencing. Upon her arrival home to Houston my mother was hospitalized. Devastated and overwhelmed I dropped out of college to care for my mother. Three years and six months into my brother’s sentence, he called asking that my mother and I come visit him immediately. Once we arrived, FCI-Beaumont was on lockdown and two days later, we were informed that Ronnie had mysteriously and tragically died. The hardships I experienced and witnessed, plus my mother’s plight, left me searching for love and acceptance from all the wrong people and places.

On December 12, 2005 I was stopped for Speeding in Georgia and hours later charged with Trafficking Cocaine ,due to a mobile DEA Surveillance “on the vehicle” initiated by a tip from an informant already federally indicted. On October 12, 2006 I was sentenced as a First Offender to 10 yrs. state confinement.

The initial arrest on December 12, 2005 was a wake up call. I was placed in general population and told my bond would be denied. I got on my knees and I didn’t know how to pray, but somehow I said “Father forgive me I have sinned”. At that moment, I realized my life was off track and something’s and some people needed to change. The change had to begin with me. In reality, the facts said I was facing prison time. Hesitant on how I would survive this ordeal, aware that my poor choices is what landed me in my current situation. I sought to find me, and how I had lost my way.

Blindsided, after successfully completing my State sentence; thirty-three days after being paroled home to TX. I was re-arrested on the basis of my state offense and conduct and now charged in a federal indictment.

I am a first-time nonviolent drug offender, originally sentenced to 188 months, after already serving 42 months on state level. The government estimated my involvement as 6 months out of a 10 year span. I am identified as having the lowest ranking involvement, a Courier/Mule. I never saw or handled any drugs or proceeds and Miami SW Lab fingerprint analysis confirm this. I was the only female and the last person added to the indictment. I received more time than the majority of my co-defendants, even though government’ s evidence indicate they were “significant players” with high- ranking involvement for at least 75% of the entire conspiracy, who are home now. My time spent in state custody was not counted toward my federal sentence, although related and the drug quantity was used to sentence me.

I made a horrible decision and I regret it every single day, and not just because my consequences landed me in prison. But I hurt my parents causing them to question” if they had been good parents”, in which they had. I never imagined my poor choices , lack of boundaries, and inability to say “NO” to unhealthy ( bad) relationships, agreeing to drive a vehicle for extra money would cost me so many years behind a fence, in prison, away from the people who truly loved me; or would have pleading and yearning for a chance at an opportunity to prove to society that I have learned from my mistakes and I can be a productive law abiding citizen. I will not disappoint the President or society. I am asking for mercy to help my aging parents, be a daughter, become a wife and mother.

Future Plans:
In spite of my shortcomings, my plan is to make a difference upon my return to society. I am pursing a degree in Marketing to help me transition in the corporate world of Public Relations and Promotional events, where I already have prior experience. I am prepared to do outreach, and a form of Drug Awareness to help educate teens and Prison Ministry. I enjoy helping others and look forward to any and all opportunities to volunteer with the non- profit community and youth.