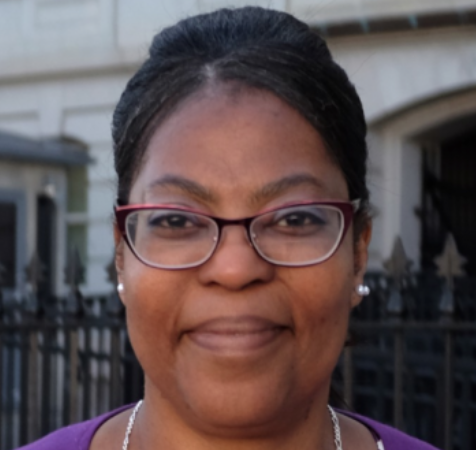 CANDO interviewed Ramona Brant less than two months after she was set free. Listen to her share, in detail, the day she learned President Obama granted her clemency.

Everyone at CANDO is devastated to learn of Ramona Brant’s passing that occurred while she was sleeping night before Sunday.  We have been asked by the immediate and extended family – of whom we have communicated with to refrain from discussing the details of her passing, but needless to say – we mourn for both the family and the entire criminal justice reform community.  Most notably the National Council of Incarcerated and Formerly Incarcerated Women and Girls.  CANDO President Amy Povah recently attended a board meeting of the NCIFIWG in Boston, MA, and nominated Ramona’s as an additional board member to the Council, which was unanimously voted on and approved.  Through the “Real Women Real Voices” organized by Topeka Sam and Andrea James, Ramona, Amy Povah and a long list of formerly incarcerated women, including, Leyla Martinez, Phyllis Hardy, Ivy Wolf Turk, Dawn Harrington, Syrita Steib, Arlinda Johns, Evie Litwok, and daughters of currently incarcerated women, Kyndia Ryley, Miquelle West, Ebony Underwood, to name a few, traveled together and spoke at numerous Ivy League Universities, such as Yale, Vanderbilt, Wash. State, NYU and more.  Ramona was a phenomenal public speaker, with a natural proclivity to touch her audience in a profound way.  She married Ellis in March, 2017.  She has left an indelible mark in the minds and lives of her colleagues and peers.    Ramona was recently featured in Nation of Second Chances, a non profit that focuses on the lives of Obama era commutes.

Watch Ramona walk free, thanks to Casey Tolan who wrote about Ramona’s case and filmed her the day she was released from prison. Video below or click on link.

In 2009 Ramona Brant came onto CAN-DO’s radar through the prison grapevine.

According to Amy Povah: “Ramona Brant is a shining star and prime example of why I love doing what I do.  The most phenomenal women in my life are ones I either met in prison or I met through my activism, such as Ramona.  She never deserved to serve a single day, much less 20 years of a draconian LIFE sentence.  She was a victim of domestic violence that was well documented and the more I heard about her case, the more shocking it was to fathom that she was serving life due to her abuser.”

According to Ramona: “Amy and I started emailing one another in 2009. She wanted me to file for clemency but I never dreamed that 7 years later we would find ourselves at the White House due to our mutual journey, as clemency recipients.  I want to thank CAN-DO for pitching my story to Casey Tolan of Fusion.  Casey was able to explain the nuances of my journey as a domestic abuse survivor with supporting documentation that left no room for doubt about the circumstances surrounding my case.  I wish everyone had someone like Casey because I met so many women who do not deserve to be in prison because of the man they were involved with.”

Casey Tolan’s story about Ramona was published in Fusion on December 10th, 2015.  Eight days later, her sentence was commuted by President Obama! 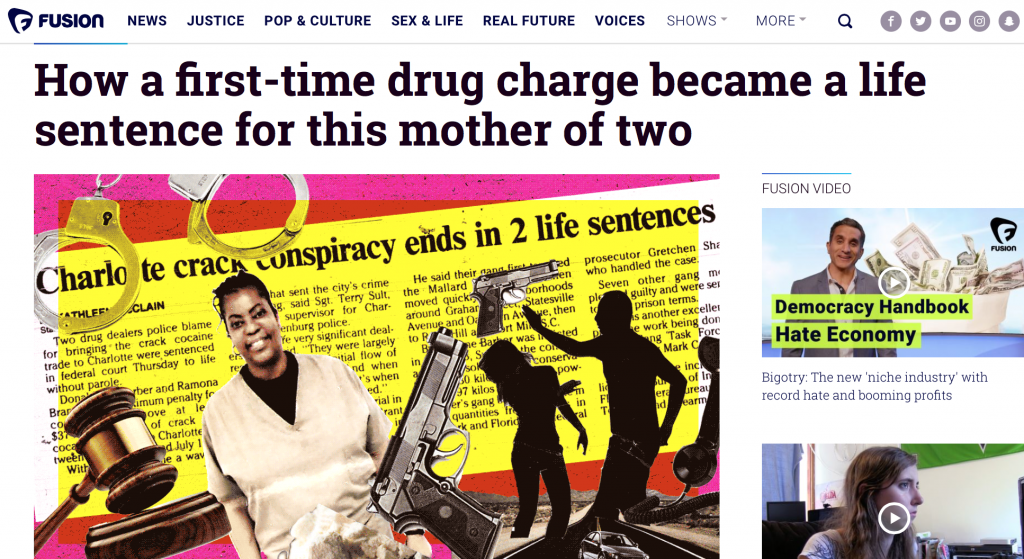 Between the time Ramona received clemency and her actual release from prison, she was interviewed by Brandon Stanton of Humans of New York who came to the Brooklyn Detention Center to photograph subjects for his “prison series.”

Ramona’s happy ending story on HONY received over half a million likes!

And – things just kept getting better!!! Casey Tolan of Fusion called Amy Povah to say they would have a camera crew outside Brooklyn Detention on February 2nd, the day Ramona walked free! Casey sent Amy a screenshot to her cell phone minutes after Ramona emerged. It was such a joyous occasion for Ramona, her family and all her advocates, including National Clearing House for the Defense of Battered Women and Ramona’s attorney Jason Castle.

That was just the beginning! About a month later, Amy Povah received a call from Nkechi Taifa of the Justice Round Table who was working with the staff as the White House to organize an event for Life After Clemency. She had recently watched the video of Ramona walking out of prison and wanted to invite her to the White House!

Not only did Ramona go to the White House for a Life After Clemency Summit, she was also chosen to meet President Obama personally.  In fact, he took Ramona and six other clemency recipients to lunch at Busboys and Poets.

The next day, on March 31st, Ramona, together with a long list of clemency recipients attended the LIFE AFTER CLEMENCY briefing and Ramona sat on a panel with Norman Brown, and Shauna Barry Scott.

Ramona has a page on the White House website that recaps the events of the day. 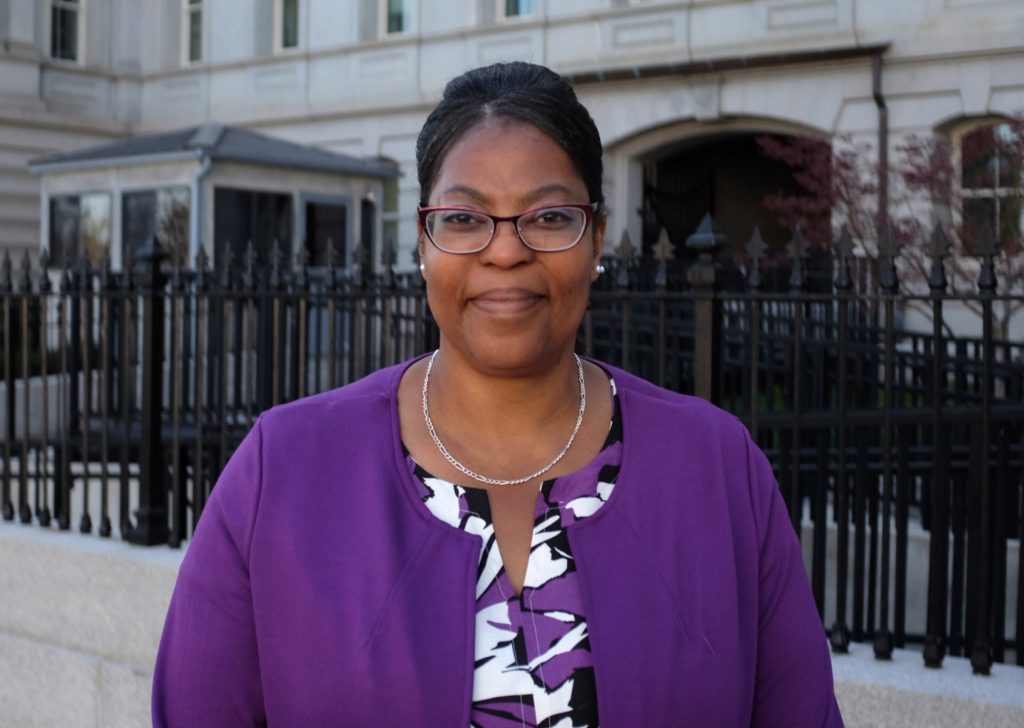 It was a great day for everyone who attended, including other women CAN-DO has advocated for over the years, such as Angie Jenkins (far right).  “Our journey came full circle because we were considered throw away citizens unworthy to live among our fellow citizens, and then, we were invited to the White House because we had been branded criminals, yet redeemed by President Obama.  He saw us as humans, worthy of a second chance,” said Ramona Brant.

More recently, Ramona was featured in Life of the Law due to an interview that occurred many months earlier with Shandukani Mulaudzi; a Columbia University journalism student who contacted Amy Povah seeking input about clemency and the Clemency Project 2014. Almost a year prior, Shandukani was considering making clemency the focal point of her thesis – and the result materialized when it was published in the following Life of the Law: