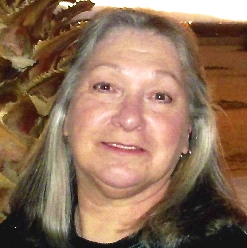 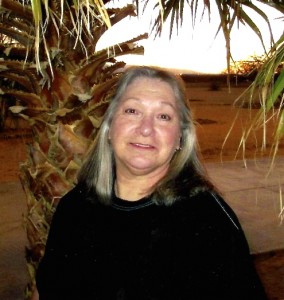 Happy that Phyllis Hood was released by the BOP to home confinement. Phyllis Hood – 28114-112
Age: 65
DOB: 10/24/1955
Race: White
Children: 1 son
Raised: Fontana, CA
Will Live: Fontana, CA
Case: Missouri
Charge: Conspiracy to Traffic Meth;
Trial/plea: Plea
Length of Sentence: 22 years
Sentenced: 2006
Served: 17 years
Reduction: 2 pt reduction of 22 months
Release Date: 12/20/2021
Priors: drug possession
Prison Conduct: Clear conduct – no incidents
Health Issues: Crohn’s Disease, Glaucoma; High blood pressure; Gall bladder removed.  Most recently in March, 2018, Crohn’s disease made her more susceptible to the highly contagious bacteria Clostridium difficile leading to a 23 day hospitalization for severe colitis. She’s recovering slowly and advancing her activities of daily living as she can tolerate them.  Good news is she has received a 2 point deduction and should be coming home sooner than expected in 2019. She was accepted by a Clemency Project 2014 attorney and is still waiting on word from the Office of the Pardon Attorney on a decision on her clemency petition. She sadly got left behind by the Obama administration like so many other petitioners who have still had no decision on their request for mercy from the President.
Achievements: 40 Hour Drug Program, UNICOR at Waseca, New Start Anger Management, I have been a “taxi-driver” for over a year, driving different staff and inmates to different areas, including the USP, FCI-1 and FCI-2 and Central Administrative building.
Clemency Status: Pending – assigned an attorney through CP14 Met all CP14 criteria. Atty: Kathleen Brinkman
Institution: Federal Prison Camp – Adelanto, CA

I lost my husband in 2001. He had a heart attack right in front of me.  We were together for 25 years and I was incapable of coping with the loss.  I turned to drugs, needed money and started taking drugs from California to Missouri.  I started using meth so much I don’t remember half of what was going on for 2 years.  Looking back, I now know I needed help.  I packed up all of my belongings and moved to Missouri.  In Missouri I gravitated toward people who did drugs, because I was hooked on meth.  In that regard, it’s true that birds of a feather, flock together.   There were 9 other co-defendants on the indictment. I wasn’t cooking meth but I was selling and transporting. The charge was conspiracy to distribute meth. My son was one of the other 9 on the case. He served 11 years for his conviction and was released on the 2 point reduction. I plead guilty and didn’t go to trial.  I have had other prior conviction for possession and served an 18 month sentence.  I ran drugs from Ca. to Mo. for approximately 1 and a half years and have served over 11 years so far for my criminal behavior.

Reason why I am seeking clemency:

Since I’ve been incarcerated I have lost my mother in 2013, my father in 2009, and my husband in 2013. My two brother’s are not in the best health and my son Samuel is now out and waiting for me. My mother left me her beautiful home when she passed that my youngest brother is taking care of at the moment. He really needs my help. I would like an opportunity to be able to be released to go home and care for my family and rebuild my relationship with my son. We haven’t seen each other in over 12 years and I feel horribly responsible for the circumstances that caused him to go to prison. This is something I must make amends for.

As far as my health is concerned, I have had a My Gallbladder removed on May 22nd 2015, I have been in major pain prior to and since the surgery. The pain has been so bad that I have had a follow up appointment with a specialist to find out why I am in so much pain. They have ordered lab work and more tests. I been suffering from Crohns disease for the past 15 years. I have Glaucoma and High Blood pressure. So, I would like the opportunity to get home before my health completely fails me. My family and I have suffered so much already and I feel I have rehabilitated myself enough to reenter into society and be of service to my family and maybe others that are going through the same destructive behavior in life that I got caught up in – I want to live a clean and productive life and pray I am given that opportunity.