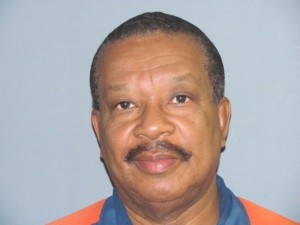 THIS IS A MICHIGAN STATE CASE – NOT FEDERAL

Accomplishments: Michael was honorably discharged from the Navy military branch and was employed by General Motors Company under a program to employ veterans. Michael was bestowed many accolades surrounding his professional success. He was very instrumental in bringing about a truce with the street gang members in Flint, Michigan. He was an honoree of the NAACP Youth Award, Humanitarian, Business, Outstanding Achievement, the Proclamation declaring February 26, 1984 Unity Day. Also, Michael received the key to the City of Flint.

Michael Thompson has always been a good man – a humanitarian…now behind bars.

He enjoys writing and has written a 7 page essay entitled, CAN YOU IMAGINE detailing life in prison. He would very much like everyone to read it.

Michael “Meeko” Thompson has spent more than two decades locked in a state prison and is now in the Muskegon Correctional Facility. Michael was arrested for selling three pounds of cannabis to an undercover officer. He had prior drug offenses, but no history of violence. When his house was raided after his arrest, a few antique firearms and one usable firearm were recovered. Despite the fact that the antiques did not fire and the one that did was owned by Michael’s wife, he was convicted of felony possession of a firearm along with his cannabis charges. This was his fourth offense which labeled him a habitual offender, and he was sentenced to 40-60 years in prison. He could have been sentenced to as little as three to five years. Notably, even the Michigan Supreme Court stated Michael ‘received a lengthy sentence’. The Federal Court stated ‘they would not have given a sentence of that magnitude.’ Michael never had a juvenile record, nor did he ever commit any number of crimes, such as acts of home invasion, car-jacking, burglary, etc. yet many of the prisoners he has served time with have gone home for those types of convictions while he continues to suffer for a cannabis conviction.

Prison is a lonely place, and should be reserved for violent criminals. Often inmates are incarcerated many miles from loved ones making visitations difficult. The stress of the trial and incarceration destroys marriages and families leaving convicted prisoners feeling alone behind bars. Many POW’s (Prisoners of the War on Drugs) lose family while locked up, and Michael is no exception. His son was arrested for erratic driving behavior, which was due to an illness and he tragically died while in police custody. Michael was forced to mourn for his son behind bars.

While in prison, Michael has exemplary conduct, only receiving a misconduct for stepping into a music room without having a pass. He has been selected by a majority of the prison population to be on the Warden Forum and elected as the Chairman at four prisons. Michael’s been entrusted and designated with security clearance of high job assignments during eighty percent of his incarceration. He’s been given assignments as a cameraman in the visiting room. He’s been selected to assist prisoners with learning disabilities where he’s been issued progress and work evaluations that indicate “Thompson’s very trustworthy and respectful to MDOC Staff, always willing to help out when needed.”

Prior to his incarceration, Michael was raised in a Christian family. Attended Flint Central High School, played all sports and was a starting guard on the Basketball team for three years.

Mr. Thompson has spent more than enough time in prison and only wishes to be a productive member of his community again. We need to insist on his immediate release from prison so that he may continue his humanitarian efforts.  Michael and his family have suffered unjustly, and he’s paid for his crime. Again, the crimes which he’s been convicted did NOT result in any acts of violence.

One of Michael’s biggest supporters is Claudia Perkins, his pre-imprisonment employer. She has been helping by raising awareness, supplying commissary money, and filing clemency requests with the Governor since his incarceration. She continues her fight, but knows she cannot do it alone. Due to Judge Judith A Fullerton’s refusal to adjust this cruel and unusual sentence, we are urging citizens to contact Governor Gretchen Whitmer requesting compassion in this case and to grant clemency. Please send your letters to, P.O. Box 30013, Lansing, Michigan 48909.

Quote from CAN-DO’s Amy Ralston Povah in The Intercept:

Amy Povah, a former federal prisoner whose drug sentence was commuted by Clinton and who advocates for the group CAN-DO Foundation for Clemency, told The Intercept that it’s an outrage that Thompson is still sitting in prison.

“He has already served a quarter of a century for pot — that in itself is a crime,” Povah said. “The fact he owned guns that were unrelated to the underlying crime should not disqualify Thompson from receiving a commutation. President Obama granted over 145 men who were charged as felons in possession of a firearm in addition to their drug charges. No one that was released by President Obama for gun charges has reoffended, that we know of.”