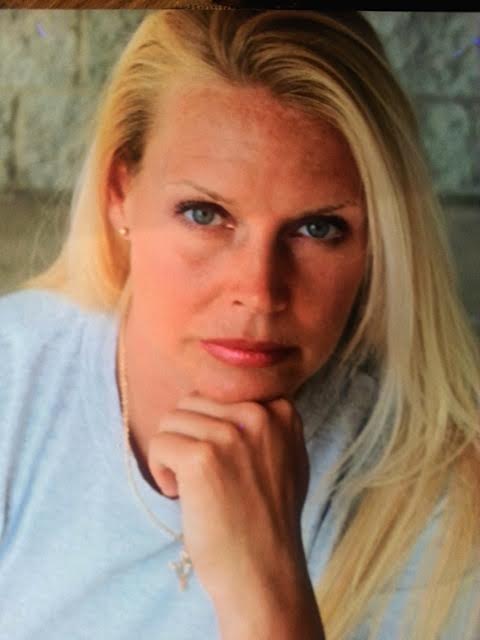 We were elated to get the wonderful news that Melissa was scheduled to go to a halfway house on Nov 14th.  This is a date many of us have waited for!  Congrats to the entire Trigg family.

Melissa Trigg 18097-045
Age: 42
Children: 1 son
Charge: Conspiracy to Distribute Meth / Possession of a Firearm
Priors: First offense
Sentence: 15 years
Served: 12 years
Sentenced: 2006
Prison Conduct: No Disciplinary actions / model inmate
Release Date: August 16, 2019
Institution: FCI Greenville,
Clemency Status:  Denied.
Accomplishments:
• NFPT (National Federation of Personal Trainers): received certification for training.
• Creative Parenting: learned creative ways to keep the connection with my son while incarcerated.
• Harsh Realities: learned to face the reality of being in prison and the grief that I have caused my loved ones.
• Reunification: learned skills that it will take to reunite with family and loved ones.
• Health awareness: learned ways to have a healthy and balanced life.
• NRDAP (Non-Residential Drug Abuse Program): a 6 month intensive course on learning and becoming aware of behavior patterns that lead to drug addiction.
• SARI (Self Awareness and Relationship Improvement): learned to recognize how to have a healthy relationship.
• Distress Management: learned how to cope with thoughts and feelings that are stressful and how to project that stress into positive energy.
• Insight Group: a small group of inmates hand-picked by staff to meet weekly and discuss ways to help correct current problems at the prison.
• Conversations with God: a course that helps you understand and re-connect with God.
• 40 Hour Drug class: This class teaches you how to live free from drugs and the positive benefits of being clean.
• Word/Excel/PowerPoint: This course teaches basic Microsoft Office skills for word processing, spreadsheets, and presentations.
• Suicide Prevention: one of two inmates hand-picked in Pekin, IL to attend the course, then helped directly with those inmates who were troubled and in need of counseling and extra supervision.
• Landscaping Apprenticeship: certification obtained from the State of Florida while in Coleman, FL. After this 140 hour course I am now licensed to operate the following equipment:
o John Deere 410 Backhoe
o John Deere Tractors 7400, 6415, 5400
o Bush Hog and batwing mowers.
o Zero turn Dixie Chopper mower 2800,2700
o CAT IT24F front end loader bucket, forks, and root rake
o 60ft and 80ft JLG Articulating lifts
o Various other landscaping equipment i.e., weed eaters, edgers, chainsaws, pole saws, and sprayers.

According to Melissa:
I was married in 1995. I was introduced to meth by my husband after my son was born in 1996. Soon after, my marriage deteriorated into an abusive relationship. I started to self-medicate to ease the stress and emotional pain. Getting high and staying high soon became an addiction and a way of life.
Once the addiction took over, everything that really matters in life took a backseat to the drugs. The abuse continued and eventually the relationship with my husband and the drug life led to closing our business. At that point, selling drugs became our means of making money and supporting our drug habits.
I finally had the courage to separate from my husband but my addiction was still raging and my lifestyle just led to another boyfriend who was as involved in the drug life as I was. Eventually, I was arrested at the home of a co-conspirator during a sting operation. I was charged with being in possession of meth and a firearm. I had the firearm because my boyfriend requested that I carry it. He was supposed to deliver it to the co-conspirator. I didn’t tell the arresting officers about who it belonged to because of fear of reprisal.

History after Arrest
Prior to the trial date I was released and sought inpatient drug treatment. This took place in Clinton, Missouri at the Pathways Center. During my pretrial period I stayed clean and out of trouble. I followed all instructions from my pretrial officer. Being a first time offender, staying clean, and pleading guilty didn’t help when sentencing came. Due to the mandatory minimum laws, the court sentenced me to 120 months for the meth charge and 60 months for the firearm possession. The judge stated at sentencing that “it doesn’t appear as though the court has really any latitude here”. I was then given 60 days to get my affairs in order then self-surrender to start my incarceration.
Prison History
Since my incarceration in 2006, I have made great strides in improving my emotional well-being and my self-esteem. My rehabilitation has been enhanced by the following programs that I’ve completed.

My proudest accomplishment since being incarcerated has been obtaining my Personal Trainer Certification and using it in a positive manner in every camp I’ve been assigned to. I started teaching Wellness classes for the recreation department in Bryan, TX. Then, continued and improved that program in Pekin, Coleman, Danbury, and now here in Greenville. I’ve created new programs and have been very successful launching and directing the Biggest Loser Program. These programs have had great results and changed many women’s outlook on themselves. Their self-esteem and positivity they gain has helped them as they finish their sentences. It gives them a better outlook on themselves and will help them as they rejoin the society.
I have had excellent remarks on all the jobs that I have been assigned. One of the remarks posted on my file from a previous Case Manager states “Ms. Trigg has demonstrated an attitude not common in a correctional setting. Her desire to learn from her own experiences has motivated her to help transform other women into being the best they can be. She has done this through teaching her classes and encouraging women to achieve their dreams”.
Goals

I have made many changes with myself and my behavioral thinking while incarcerated. My overall goal when I’m released is to not settle in any relationship for less than what I should. I am no longer going to see myself as being of less of value and that I really do deserve what is best for me.
An immediate release goal is to reconnect with my son and become the best positive role model in his life that I can. He is starting off in the business world and works many hours in order to get ahead. I’m already very proud of him, and feel my guidance could and will be of great value to him.
Within the first two years of my release, I will be working hard to build a career in the personal training area. My passion for this runs very strong. I am very confident I can do well with my schooling, certification, and hands on experience. In the interim, while building my personal training direction, both my uncle and my stepfather have jobs waiting for me if I can get clemency and an early release.