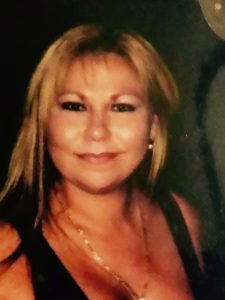 I worked with the El Paso Police Department for seven years. I was the 3rd female to graduate from the academy. I worked in many areas such as: Patrol, intelligence, gang task force, vice-undercover, police area representative and many more. I was injured in the line of duty attempting to apprehend a subject. He attacked me and we fought for my service weapon for a long time. He finally pulled the trigger and shot me. He then fled the scene. Eleven surgeries and still not able to use my left hand fully I went back to patrol. A short time later I was involved in a head-on collision while running “code red” after a robbery in-progress. Both of my knees were badly injured as well as my back. Again, after five knee surgeries (total knee replacement) and one back surgery I went back to patrol, but shortly after that I applied to work for Customs and Border Protection.

After I was hired I went to work at the El Paso, Tx border. I went up the “ladder’ with many efforts. I also attended FLETC on many occasions to train. After many years of service I met a man, Carlos Ramirez, and fell in love. I thought everything was fine and he eventually moved in with me and my two children. He then suggested I introduce him to an officer that worked the “line” since I no longer worked the line due to my injuries. I did introduce him to Officer Castillo (who turned C.I.). Before I knew it Carlos Ramirez, me and CI Castillo were making plans on how to cross an illegal alien (Carlos’ brother). Carlos had suggested for Castillo to allow his brother who was going to falsely pose as an illegal alien to enter the U.S. Carlos had suggested it to “test” Castillo by asking him to allow Carlos’ brother to cross.

I’m seeking clemency because I believe I have paid my debt to society due to the fact I have been incarcerated for almost ten years. I constantly better myself and help others do the same. I have two children, who unfortunately grew up without their mother. That’s the biggest mistake of my life that I have to live with. I also lost my dear mother and was unable to attend her funeral. My mother was my best friend and I did not even say good bye to her. She died of a broken heart. I will always have to live with that. God has blessed me with four beautiful grandchildren who love me dearly and whom I love just the same. I’m begging for clemency to be able to be in their life. I still have my wonderful father who is 82 years of age and according to him is still holding on to life, just to see me free. I also have a brother and a sister and many family members who love me dearly, and who are willing to assist me in any way necessary and possible.

I have so many plans for my future! Fortunately, the prison system has taught me so many skills that when I leave prison I’m ready to re-start my life with no problems. I’m ready for a job and to continue my education. I believe it is never too late to go to college and finish a degree. I have a teachers apprenticeship which I can easily put to good use. I also worked very hard to receive my special needs assistance dog trainer certificate and Paralegal studies. The Paralegal will easily get me a job at an attorney’s office. Any of these skills will open the doors for a great job. I love to work, so I see no problem with me obtaining a great job.

I have my own home, therefore housing would impose no problem for me.

I just need an opportunity to prove myself, and everybody else that I have learned from my mistakes and that I will never break the law again. I have paid with blood tears the grave mistake I made. I will never jeopardize my freedom again. My family has gone through so much pain because of me and I will never do that to them again. I respect God, myself, my family and the US govt. I feel ashamed to have betrayed their trust. If I could go back in time I would of never done any of the things I did. All I’m asking is for an opportunity to live what I have left of my live and make the best of it. God has always been a priority in my life and when I did walk away from him I destroyed my life. I know understand it was me who walked away from Him not the other way around. I attempted to blame God for a long time after my sentencing, but I realize that nobody, but me made the wrong decision and bad choices. Now, I can move forward and reconstruct what is left of my life. All I need is an OPPORTUNITY. Please grant me the opportunity to go back to my family.

First allow me to thank you for everything you are doing for the inmate population. You have really made a difference and have given us hope where there was none. I strongly believe you will continue to do great things for us and our country.
My name is Martha A. Garnica and I’m serving a twenty year sentence for conspiracy, marihuana and bribery. I have already done almost ten years out of the twenty. I was a police officer for seven years and a federal officer for 13 years. I dedicated my life to serve and protect the public for those twenty years. It was just the last year out of the twenty that I made a terrible choice and it will cost me twenty years of my life. I was shot and terribly injured in the line of duty. I had to undergo eleven surgeries to reconstruct my hand. The doctors had to literally take parts of my body to “put” me back together. I was not fully recovered, but felt a need to continue to serve the public and went back to patrol. After some time my partner and I were involved in a head-on collision which resulted in numerous knee surgeries and back surgeries. I was in so much pain and was given so much pain prescription medication that I eventually became addicted to them. I was given many honors, but I’m most proud of when I was given the medal of honor and the purple heart for saving some lives. I then joined Customs and Border Protection. I worked arduously to serve my country. I then met and man and fell in love. I was influenced by him, but ultimately the wrong decisions and choices I made fall on me. I take full responsibilities for my actions.

I have utilized my time wisely and I would like to thank the BOP for the new opportunities to learn new skills These skills include but are not limited to: Teacher’s apprenticeship, Special needs assistance dog trainer, Paralegal Specialist, numerous psychological, educational, recreation and religious classes. I also furthered my education by teaching most of these classes. I’m fully prepared to leave prison and succeed. I have strong family support and will certainly not be a burden to the U.S. government.

I thank you and have faith you will help me get to my family soon and will give me an opportunity to restart a new life. I also have deep faith you will continue to better our country as you have. You have truly made a huge difference in so many people’s lives and we see you as out only hope. May God Bless You!