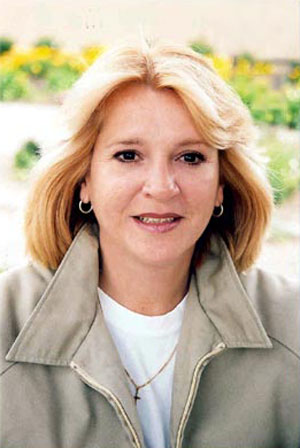 Maria Perez Moncada grew up in a stable family in Caracas, Venezuela. Her father retired after serving 40 years with the Ministry of Transportation and Communication. Maria has six siblings and all have successful, respectable careers. Maria has never been in any trouble with the law in her life and has a reputation for taking care of the sick and elderly in her neighborhood and church.

Unfortunately, Maria met Mr. Guillermo Barrera due to the fact that he was intoxicated and driving the wrong way down a street she was on. He had a 3-year old child in the car, who was sick. Maria insisted that he take the little girl to the clinic. After Maria learned that Barrera and the little girl lived only eight blocks away from her home in Caracas, Venezuela, she would check in on the child from time to time. Through conversation and an ensuing friendship, Barrera learned that Maria was planning a trip to the United States. He claimed that he too was planning a trip to see a girlfriend who had cancer and was in the United States. He did not tell Maria that this woman had been arrested for smuggling drugs into the U. S. and that this was also his intent. In fact, Barrera saw an opportunity and it was his hope that by traveling with a companion, he would not draw suspicious attention to himself as a single, male, traveler.

Barrera asked Maria if she had room in her luggage to carry two pairs of his shoes. Maria claims she had no reason to be suspicious, but unbeknownst to her, the shoes were filled with heroin. Upon arrival at the Miami airport, they were both singled out for a secondary search that was done separately. When asked if the luggage and contents were hers, Maria said “yes,” not even thinking about the shoes. Later Maria was led into a room where the shoes were laid out next to her luggage. She explained that the shoes belonged to Barrera. Barrera also confirmed this, stating that the shoes in her luggage belonged to him. Heroine was found in the luggage of both Barrera and Moncada, so they were placed in custody.

Maria’s family paid for an attorney by the name of Sonia Bortolin in Florida to represent Maria. Although Barrera was offered a plea bargain and reduced sentence if he would testify against Maria, he not only refused to do so, he testified in Maria’s defense that he had not told her about the heroine. The result was a hung jury, meaning the government lost its case against Maria. The prosecutor refused to release Maria and tried her again, only at the second trial, he located Barrera’s common law wife, Nora Evendano-Leon who was serving a 57-month sentence and offered her a deal. Nora came up with a fantastic story, claiming that Maria was the head of a drug smuggling organization in Venezuela. Maria maintains that she has never met this woman and Sonia Bortolin confirmed by phone that based on her investigation, which included traveling to Venezuela and interviewing many people, she also does not believe that Maria had ever met this woman, or was ever involved in any illegal drug organization whatsoever. Mr. Barrera, who is serving a 13-year sentence, gave a sworn statement regarding Maria’s ignorance. Maria was found guilty strictly upon the unsubstantiated testimony of Nora Evendano-Leon, who is believed to have received leniency for her testimony. As a result, Maria received 12.5 years. The only witness who knows whether Maria knew about the drugs or not is Barrera, who maintains that Maria is innocent.

I am from Caracas, Venezuela and I have never been in any trouble with the law. I was raised by wonderful parents who love me very much and taught me to respect others. I have six siblings and each of them have families and honorable careers. No one in my family has ever been in any trouble with the law in any way. My father is a well-respected man who worked very hard to provide for all of us and he is retired from serving for 40 years with the Ministry of Transportation and Communication. My mother stayed at home and instilled strong moral principles in all of her children. I am the only single child, so I was still living in my parent’s home. I recently was told that my father suddenly passed away from a heart attack. Nothing could have prepared me for such a horrible nightmare. I will never be able to see his smiling face again and he will never feel the happiness of having his daughter return home. My mother has medical ailments and she needs assistance. I did much of the cooking and cleaning, plus I earned a living for myself by cutting hair, as I am a licensed beautician.

I know it looks bad that I should have drugs in my suitcase. I can understand why most people would automatically assume that I am guilty. But, there is only one person who knows the truth and that is Mr. Barrera and he gave a statement to the authorities that he never told me about the drugs. I’m sure he could have gotten many years taken off his sentence if he would have testified against me, and yet he was not willing to tell that lie. Conversely, he has nothing to gain by proclaiming my innocence as we are not a couple, nor have we ever been romantically involved. Because the government could not get a conviction against me in the first trial, a woman I’ve never met was brought to testify at the second trial and on her testimony alone, I was convicted.

I miss my family so much all I want is to be deported back to Venezuela. Although I was found guilty and I realize it is the laws of this country that I should be punished, I do not see how it benefits the American taxpayers to house me when I could be sent back to my country where I have a stable home. There should be no fear or concern by the American people in releasing me because I will never be allowed to return or reside in this country and I would never object to that sanction. In fact, I never want to leave Venezuela again. It is my home and I love it there.

In my PSR (Pre-Sentence Report) it states that I performed community service on a regular basis, providing care with physical hygiene and injections of medication to individuals. I was a member of the neighborhood association and was devoted to assisting people in my community. To support these statements, I submitted, through my attorney, a certificate of good conduct from the municipality of my neighborhood and a character letter from Deacon Jose Ramon Lopez about my continuous involvement in church activities. This is not consistent with how the government has portrayed me. I hope that you will agree that my background simply doesn’t match that of a drug dealer and certainly not someone who deserves to serve 155 months. I have never been in any trouble while incarcerated. I hope and pray that the Office of the Pardon Attorney will have mercy on me and recommend that my clemency petition be granted.