Lori Kavitz, #10 on the CAN-DO Top 25 was featured in the Washington Post on November 29, 2016
CAN-DO pitched the story to Tana Ganeva who was interested in writing about select clemency applicants who had filed for a sentence commutation.

The Watch Opinion by Tana Ganeva
Lori’s 24 year sentence is based, largely, on her boyfriend’s meth. Even her sentencing judge supports clemency.

Lori’s story was also reported on by USA Today:

(NEWSER) – Lori Kavitz’s 24-year sentence for conspiracy to distribute meth has been called “idiotic, arbitrary, unduly harsh, and grossly unfair” — by the very man who imposed it. 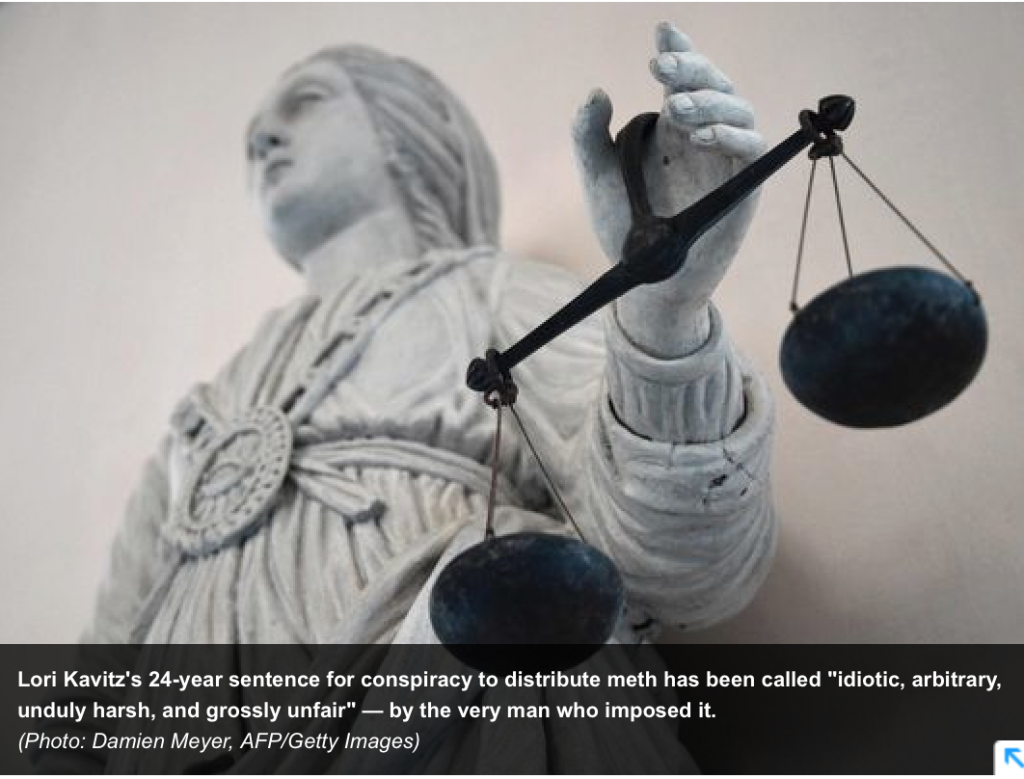 U.S. District Court Judge Mark W. Bennett is one of thousands asking President Obama to pardon Kavitz, whose “major mistake was being involved with her boyfriend, who she assisted in the methamphetamine operation, out of a misguided sense of loyalty and love,” he says. In a post at candoclemency, Kavitz writes that her judgment was “horribly skewed” by the trauma of her husband’s recent suicide and her “desperation to provide for my sons” when she started dating a new man.

He sold meth out of the couple’s home, and when police arrived, they cast Kavitz as his accomplice, reports the Washington Post. She’s been in jail about 15 years now.