Lisa Hanna is the author of Prison Bitch; a humorous memoir covering eleven years inside federal female camps and prisons. You can order Prison Bitch at Amazon 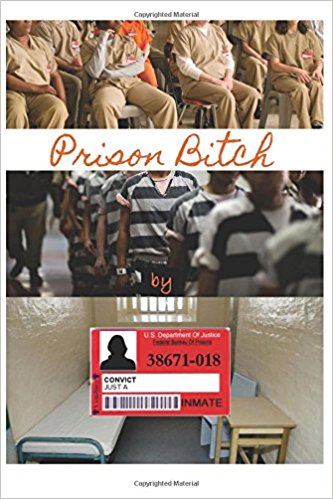 Clemency: Filled out the survey for Clemency Project 2014 but I will be released to a halfway house before it is ever filled out.
Institution:  Alderson Camp

Why a Commutation should be Granted:

In 1988, Lisa had surgery to correct a slight overbite. An oral surgeon performed a LeForte Osteotomy, which was not successful. In 1989 she let the same oral surgeon try to correct the previous surgery together with a plastic surgeon. They grafted bone from her hip to her (upper plate) and to this day, Lisa’s maxillary (upper jaw) is collapsed as a result.  One week after the surgery, Lisa’s pelvis shattered and she almost bled to death.

This horrible chapter of Lisa’s life began on May 5, 1992, when her only child, Steven Anthony Hanna, died during the night from a cerebral palsy seizure. Three days later her Grandmother Hanna died of emphysema. Prior to this time, Lisa was very goal oriented and focused on realizing her dream to become a lawyer. At seventeen, she joined the Army to be a legal specialist. Lisa was a Court Reporter and received an honorable discharge after nearly five years as an E5 Sergeant.

When Steven died, Lisa was seven months short of graduating from law school in Michigan, where her family resides. During those seven months she drank excessively. Although she finished law school, she never took the bar exam. Instead, she moved to California – a horrible mistake that left her bereft of the loving family she needed during her state of depression. It wasn’t long before Lisa was introduced to methamphetamine. Drugs and alcohol became Lisa’s medication to numb the depression and guilt.

In 1994, Lisa received $335,000 from a medical malpractice suit. Instead of being an asset, the settlement allowed Lisa to indulge her drug addiction and the money was a magnet for losers and users. Three years later, she returned to Michigan. In October of 1997, Lisa married Scott and everything went from bad to worse.

Lisa had a source for meth in Sacramento that sent her meth for her personal use on credit. A friend suggested that to offset her dope cost, she should have the supplier ship the meth to him. When Scott learned of this arrangement, he wanted to turn it into a business and recruit more customers. Lisa’s PSR (Pre-Sentence Report) stated that Scott “exercised greater control over Hanna’s methamphetamine distribution network in order to ensure that sufficient funds were being generated.” Lisa never profited from Scott’s drug dealing and in fact, she depleted her savings and went into debt. Six months after they married, Lisa left Scott after he broke her nose and split her lip. She moved to Ft. Wayne and concealed her whereabouts. Finally, Lisa got help and was treated for “major depressive disorder.” She cleaned up her act and passed the bar exam.

A few months later, Scott was busted with six ounces of methamphetamine, marked bills, stolen guns, etc. He agreed to “cooperate” in exchange for a reduced sentence. He said Lisa was his source, which she claims is not true. By this time, he didn’t know where she lived or worked. The amount of drugs that was attributed to Lisa was four times more than she was ever aware of. It didn’t matter to the police that Scott had a prior drug-dealing felony and a photo of Lisa with a broken nose and split lip. As is often the case, they gave him the best deal, so he got 87 months and Lisa was charged with Conspiracy to Distribute more than 1,000 Grams of Methamphetamine. Lisa’s public defender convinced her to plead guilty, so she received 235 months, which is more that twice the amount of time that anyone else received in the conspiracy.

Brandie Burr and Barry Badders are two co-defendants in Hanna’s case who came forward and supplied declarations on March 25th, 2010. For years, Burr never knew that the government had attributed certain statements to her, which were used against and a 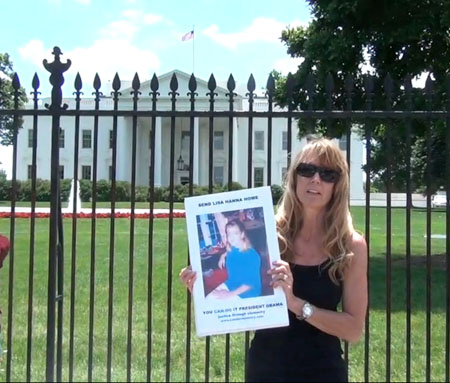 pplied pressure upon Hanna to plead guilty, since she was given the impression that Burr would testify against her if Hanna went to trial. Burr claims she never made those statements and, upon review, the statements were never signed by Burr. Now, Burr wishes to set the record straight in a declaration regarding those false allegations.

Barry Badders also provided a declaration that supports Brandie Burr’s declaration. Both Brandie and Barry were friends of Lisa’s and related to Scott Badders. After the case, both lost contact with Lisa after she went to prison.

These two people are extremely credible, particularly due to the fact that they are related to Scott Badders, (Lisa’s abusive husband) and are willing to come forth despite any potential fallout within the family. Brandie completely cleaned up her life and has never been in any trouble since this case, which surfaced due to drug use and addiction. The same is true of Barry, except Barry had a minor infraction while on probation when he traveled outside the district without obtaining prior permission from his probation officer. Today, both are productive, hard working citizens that contribute to their community in many positive ways.

I am now childless. My only child (Steven) died of a seizure in his sleep at 9 1/2. I then finished law school, moved from the Midwest to California, and became a meth addict unable to cope with my undiagnosed severe depression. I have 8 nieces and nephews, ages 15-33. My nephew Ron died in August 2012 in an ATV wreck. He was 25 and had 3 little boys. Five months later, my brother’s wife, who had been part of the family for 29 years, died the day before her 53rd birthday. My brother, the closest person in the world to me, was widowed at 48 with 2 grown children and a granddaughter at home. I have not been able to see or hug him since. I now have 11 grandnieces/nephews. I have met 4. I am very much looking forward to meeting the others and being a part of their lives.

Oddly enough, I have gained from my incarceration and can even appreciate the time I’ve served. My self-worth had evaporated by the time I was arrested and although I was getting back on my feet, I was still suffering from depression and my un-medicated bi- polar condition. I have put my family through so very much anguish, shock, shame, and expense – not to mention nearly five years of resolving issues of trust – that I can hardly believe how they continue to love and stand by me. Through group therapy courses on Grief and Loss, plus the Drug Program, I am confident that I still have a wonderful life waiting for me if I am given that chance.

Among my pre-indictment achievements, I have five years of decorated service in the United States Army. I worked my way through college and law school. My tuition was largely covered by academic scholarships. I did some extraordinary work in law school that resulted in some published opinions in the Michigan Court of Appeals. I earned a B.A. in Political Science and a Juris Doctor. I passed the Indiana Bar Exam in February 1998 but was never sworn in to practice.

In the event my clemency petition is granted, I have a large and supportive family ready and willing to provide a stable environment necessary for me to make the transition from incarceration to public life. I truly need an opportunity to redeem my reputation as a loving member of this family. I want to reestablish my standing in the Lutheran Church in which I was raised, and the community. I also plan to finish a B.A. and seek advanced degrees in psychology.

In the interim, I am certain that I can find employment as a legal aide in a law firm, given my background and schooling. I pray every day for the opportunity to regain the life I worked diligently toward and was enjoying up until Steven died. I sincerely hope that my petition for clemency is of strong enough merit that the Pardon Attorney will recommend it to the President of the United States for his review and God-willing, his approval.